When Manchester United signed former PSG striker Edinson Cavani on a free transfer earlier in October, a few heads were turned. Many belie... 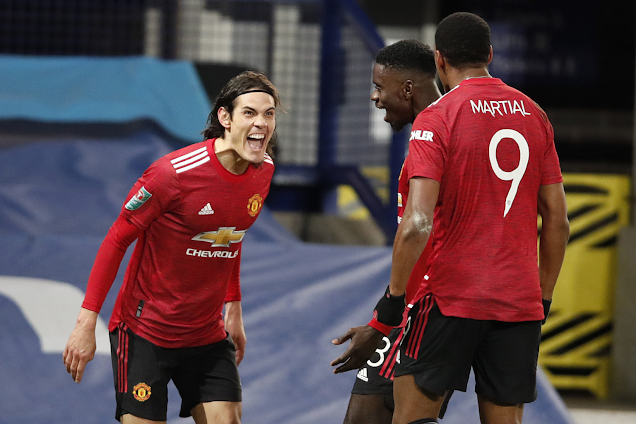 When Manchester United signed former PSG striker Edinson Cavani on a free transfer earlier in October, a few heads were turned. Many believed that the 33-year-old Uruguayan international is well past his prime and he is Ole Gunnar Solskjaer’s desperate attempt to sign a proper striker among the ranks.

The critics also pointed out that Cavani’s addition does not fit with United’s vision of investing in younger talent. Some even compared Cavani to Zlatan Ibrahimovic who had an immediate impact after signing with the club at 34 in 2016, but his stay had ended with a whimper.

Despite the criticism, Cavani won the hearts of the fans after his match-winning performance in the Premier League encounter against Southampton earlier this month. And now, in a week where he helped the club to book a semifinal spot in the English Football League, and then assisted a goal against Leicester City, it seems he has also earned Solksjaer’s trust.

“He’s definitely a starter, you don’t classify a player of his quality as anything else,” Solskjaer said at a virtual press conference ahead of United’s clash against the Wolves.

“I trust him and that’s the thing, we have good competition for places but he’ll probably start more games than he won’t. He’s so meticulous, professional, his habits – everything about him shows why he has had the career he has had,” Solskjaer added.

Cavani had signed a one-year deal with the the option of extending the deal for one more year. Solskjaer believes that the experienced forward still has a few years left in the tank and he could have a great impact with the club.

“At the moment it looks like he has got a few years left in him – even at the age he is, he is still one of the fittest players we have got.

“I wouldn’t say anything else other than he has made a great impact when he has come here and let’s just focus on improving everyone,” Ole further said.