IGHALO: THEY KNOW I PLAY WITH MY HEART

Odion Ighalo believes the Manchester United supporters took him to their hearts because of his own dedication and love for the club. The 3... 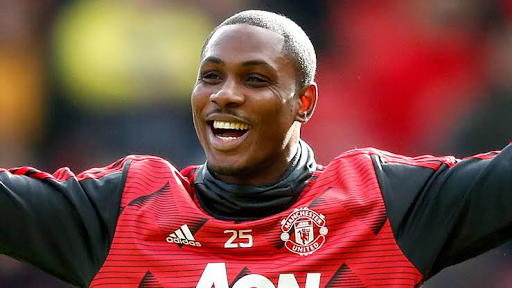 Odion Ighalo believes the Manchester United supporters took him to their hearts because of his own dedication and love for the club.
The 31-year-old, who is the subject of the latest episode of UTD Podcast, joined the Reds on loan from Shanghai Greenland Shenhua last January.
With Marcus Rashford out injured at the time and United still fighting on several fronts, he quickly became a fan favourite, scoring five goals in his first four starts for the club, to equal a 95-year-old record.
Ighalo is a boyhood Reds supporter and he thinks this helped him quickly gain favour with the United faithful particularly during his first six weeks, when stadiums were still full prior to the coronavirus lockdown.

“I didn't come here to just play one game or make the money. I’m a boyhood fan of this team and I came here to play with my heart, to give everything until the day I leave.

“I give my best, whether the game is good or bad. I keep trying 100 per cent. They knew that from the first day and that’s why they supported me.

“Even today, I see the same messages from the fans [on social media] which I cherish and I’m happy about.”

Ighalo’s loan deal was extended prior to Project Restart, keeping him in the Premier League until January 2021.

The former Nigerian international has made four first-team appearances this campaign, to add to his 19 from 2019/20.

Most of his games for United have come from the bench, including what he sees as his undoubted highlight of his year-long spell – March’s 2-0 Manchester derby win, in what is to date the last Old Trafford game with supporters in attendance.

“That was electrifying! That was crazy!” recalls Odion. “I’ve never seen an atmosphere like that before, the atmosphere that day was crazy in Old Trafford.

“When I sat down on the bench, I was watching the crowd and I was like ‘wow, this is different level’.

“Being on that pitch when we scored the second goal, I was going mental. I was jumping like I was the one who scored the goal! I did not score in the game but I was happy because the atmosphere was crazy.