Aston Villa captain Jack Grealish took to social media to praise his teammates after the draw against Chelsea and look ahead to the Man Un... 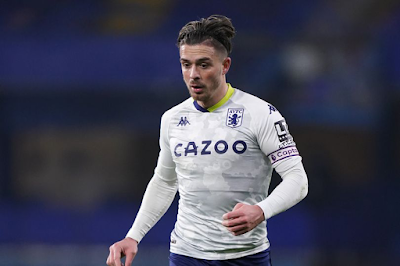 The hectic festive schedule meant both Villa and Chelsea had just one day of recovery in between fixtures before Monday night's meeting at Stamford Bridge.

Chelsea manager Frank Lampard brought six new faces into to his starting XI but Dean Smith made just one enforced change to the side who thumped Palace 3-0 at Villa Park, with Ezri Konsa replacing the suspended Tyrone Mings in the heart of the defence.

The Villa boss was rewarded with another impressive showing from his players as Anwar El Ghazi cancelled out Olivier Giroud’s goal to make it five unbeaten.

“It’s tough, turning it round, but I trust the players,” Smith told Amazon Prime in his post-match interview. “I asked every one of them today whether they were ready to go again and they looked me in the eye and told me they were.

“I’m a big believer - and I’ve got John Terry with me who talks the same - that you want to play every game.

“I didn’t name the team before today, which is unlike me because I like to do it the day before, but I wanted to make sure that everyone was all right.

“I’m still yet to see a player carried off the pitch with exhaustion!”

Grealish highlighted the incredible effort shown by his Villa teammates and looked ahead to the mouthwatering New Year's Day clash against Manchester United at Old Trafford.

He tweeted: “Great performance once again from the boys with only a day's rest! Had to grind and dig deep at times against a very good side! Onto United Friday.”

Fifth-placed Villa are just one point and one place behind United ahead of Friday's fixture with both sides having played 14 matches.