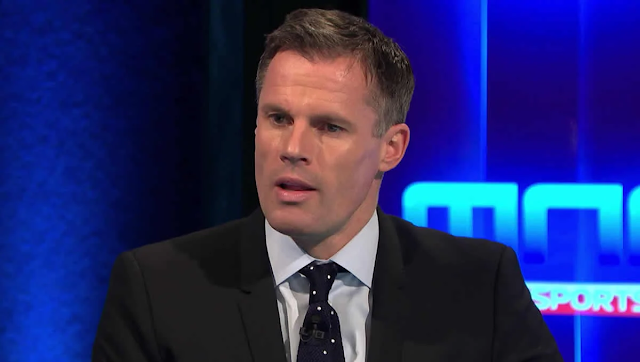 The Red Devils appear to have turned a corner since Fernandes completed a £47m move to Manchester United from Sporting Lisbon in the 2020 January transfer window.

Fernandes hit the ground running with eight goals and seven assists in the second half of the 2019-20 Premier League season to help Manchester United secure third spot in the table.

The Portugal international has continued his rich vein of form in the 2020-21 season with 10 goals and six assists in 14 Premier League games this term.

Fernandes has also raised the performance level of his fellow attackers in the Manchester United team.

Sky Sports pundit Carragher admitted that Fernandes’ impact at Manchester United reminded him of how Torres and Suarez elevated Liverpool FC teams in 2000s and 2010s.

“I remember having a debate with Roy Keane, talking about how far Manchester United were away,” Carragher told Sky Sports.

“I said sometimes one player can just spark something. At times for us, it was Fernando Torres and his arrival just lifted everyone. Luis Suarez did the same when he came to Liverpool, so you are never as far away as you think, and Fernandes has done that with United.

“Only Liverpool have won more points than United since Fernandes’ debut and that’s what just one player can do.”

The 26-year-old has scored 26 times in 44 games in all competitions in 2020 following his big-money move to Manchester United from Sporting Lisbon.

Fernandes won the Premier League player of the month in February, June and November following his standout performances in the Manchester United.

The Red Devils will take on Wolverhampton Wanderers at Old Trafford in their final Premier League game of 2020 on Tuesday night.