Juan Mata revealed that Ander Herrera called him to tell him Edinson Cavani would be signing for Manchester United and what he should expect... 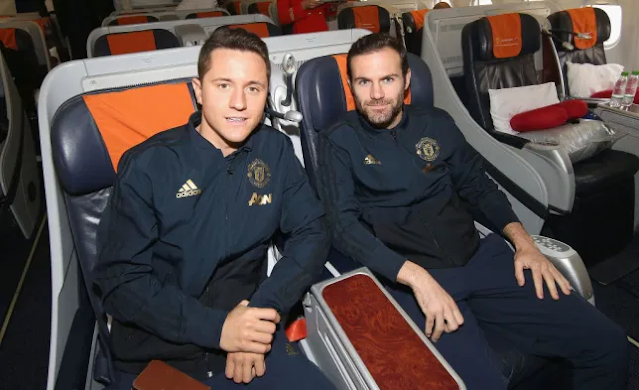 Juan Mata revealed that Ander Herrera called him to tell him Edinson Cavani would be signing for Manchester United and what he should expect from the Uruguay international.

Spain internationals Mata and Herrera both arrived at Old Trafford in 2014 but the latter moved to Paris Saint-Germain on a free transfer at the start of the 2019/20 season. Herrera teamed up with Edinson Cavani – who scored 200 goals during a seven-year stint in Paris – in the French capital for the 33-year-old’s final season at PSG before a deadline day move to Manchester United. Despite it being Cavani’s worst season in Ligue 1, Herrera was impressed by the standards he set for himself and told Mata about his ‘professionalism’.

And the former Chelsea playmaker revealed that Herrera asked him to help Cavani settle into the club. Mata said ahead of United’s meeting with PSG in the Champions League: ‘He called me and told me,”I think Edinson is going to go to your club, you will see he’s a top guy, a top professional. And I know you will help him.”

Cavani impressed both Herrera and Mata

‘So since Edinson has arrived, I try to answer the questions he has about the club or the dressing room. ‘I can help to translate when he wants to communicate with people in the club, in the staff.

‘And since he’s here, as Ander said, I can see how focused he is, his professionalism. ‘Edinson has done a lot of things in football and he remains very humble. And it’s great to have him. He brings his experience, he will bring a lot of goals.’ Follow Metro Sport across our social channels, on Facebook, Twitter and Instagram.