Julian Nagelsmann saw his RB Leipzig side ripped apart 5-0 by Manchester United earlier this season. The German boss is gearing up to face... 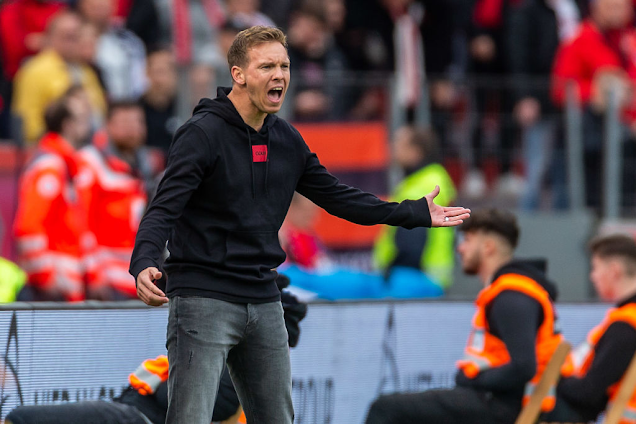 The German boss is gearing up to face United again tonight, with Leipzig needing a win to seal Champions League qualification.

In his pre-match press conference, Nagelsmann was very complimentary about United, especially their ability to turn games around.

The Red Devils have won all five Premier League away matches this season after falling behind and Nagelsmann is aware that his side will have to keep going right to the last.

“We tried to learn the lessons from the 5-0 defeat in Manchester,” said Nagelsmann.

“On Tuesday evening we have to play differently; have more variety in the attack and try to get in behind United. We are prepared for Manchester to still be able to shift up a gear.

“They have already shown many times this season that they can turn back deficits again and again. They are extremely dangerous up to the last second. The game is only over when the referee has blown the whistle.”

Back when United were at their very best under Ferguson, the amount of late comebacks became a psychological problem for opponents. They knew United were never beaten. 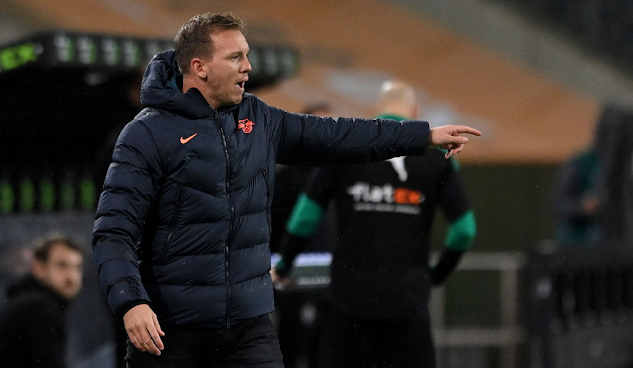 The current side aren’t at that level yet, but it seems even if Leipzig go 1-0 up, they’ll still be wary of United’s ability to turn a game on its head.

It is important to note that Leipzig represent a step up in class from Brighton, Newcastle, Everton, Southampton and West Ham, with all due respect.

If United play the first hour tonight like they did at the London Stadium, they should expect to be more than 1-0 down.

But if the game is still alive going into the closing stages, Nagelsmann is well aware his side cannot take their eye off the ball, even if they’re ahead.