Brendan Rodgers fielded the same team as against Spurs and would agree to that as a clever plan, and to keep 4-3-3 is the most important a... 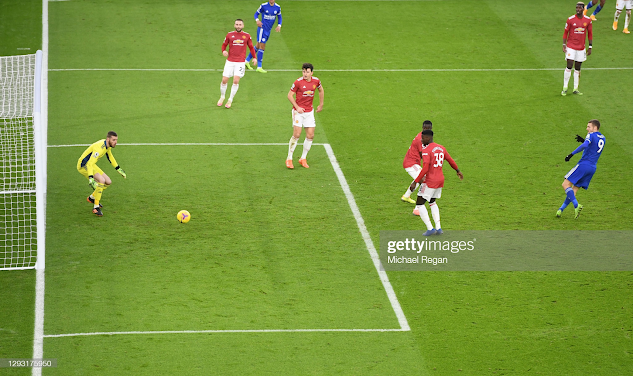 Brendan Rodgers fielded the same team as against Spurs and would agree to that as a clever plan, and to keep 4-3-3 is the most important as Leicester made a competitive start, but it was Man Utd who striked first with a Marcus Rashford goal after 23 minutes.

Harvey Barnes then equalized after 31 minutes with a beautiful strike from distance, well deserved. Leicester had the power of the game and as we all know Man Utd is a team that can counter attack and it was always dangerous with the number of quality players they have.

Despite having the advantage Leicester never looked comfortable in midfield and a bit disappointed with James Maddison and Youri Tielemans who both tends to keep the ball a bit too long instead of trying to blink out Harvey Barnes and Jamie Vardy with a clever pass and put more pressure on Man Utd, instead they often had to turn and play the ball backwards or losing it to a lively Fred and McTominay who are both battling well and difficult to break down.

Leicester had a good start to 2nd half but couldn’t use their advantage to score that important goal to take the lead, instead Man Utd put Cavani on and with a certain Fernandes in the set up you will always be exposed and when they took the lead at 79 minutes, you thought this was another day of a hopeless situation.

Kasper Schmeichel had also before that goal made a fantastic save from a Marcus Rashford attempt and kept Leicester in the game with his safe keeping. Marc Albrighton was replaced with Ayoze Perez and the Spaniard showed his quality in the 85th minute when he found Jamie Vardy inside of the penalty area and Vardy striked to score another equalizer, it deflected Tuanzebe and went into the goal, but not to credit Vardy for that goal is something to address as he was the scorer no doubt about it, strangely it was stamped an own goal. 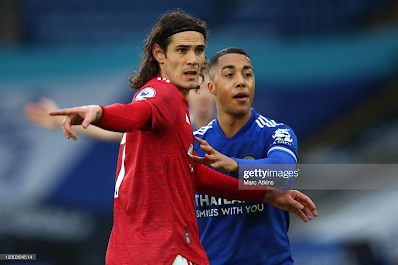 Leicester came close to win the game, which would have been well deserved as they were the team that tried to play and had most possession. But to get a draw when you have been below twice is also good and to see the team so well balanced is good.
Marc Albrighton who had a very positive game against Spurs was almost man marked with a certain Luke Shaw following the quality flank man during the game and that we probably a key in the game as Jamie Vardy and Harvey Barnes both were a bit absent during the game, though both of them managed to score. 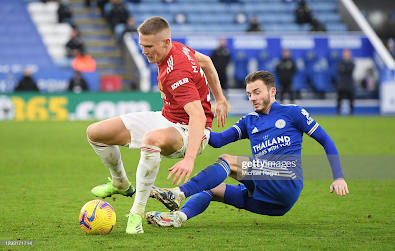 The move to take off Albrighton and put on Perez was a perfect act by Brendan Rodgers and he just needs to let this selection work their way now, without going back to his experiments again as they usually turns out as “bad moves”.

Leicester City will take on Crystal Palace next at Selhurst Park, the game coming on the 28th of December, hopefully Brendan Rodgers will just continue to play his team the way he did today, it’s the best selection and credit to OGS who had done his homework to stop Leicester City’s creativity and passing class, as Albrighton, Tielemans and Maddison didn’t get much space. 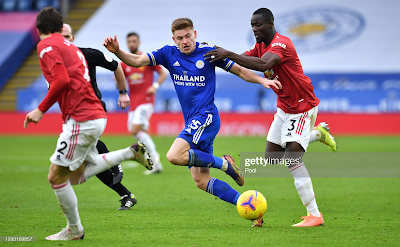 Leicester City, Man of the Match