Manchester United missed out on a deal for Jadon Sancho in the previous transfer window - and now Liverpool and Chelsea are reportedly eye... 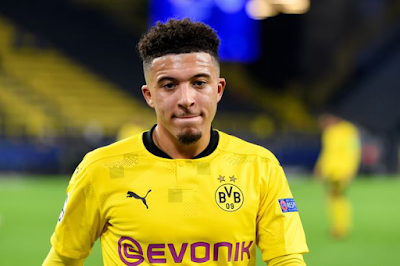 Liverpool and Chelsea are set to rival Manchester United for Jadon Sancho’s signature next summer, according to reports.

United identified the England star as a top transfer target in the previous summer and autumn transfer window, only for Borussia Dortmund to refuse to budge on their hefty £108million asking price.

That valuation proved too steep for the Red Devils amidst financial constraints brought on by the coronavirus crisis, but reports suggest they will come back in for Sancho in 2021.

According to transfer expert Fabrizio Romano, however, they could face competition for their No.1 target next summer.

Speaking on the Que Golazo podcast, Romano claimed Liverpool and Chelsea will both enter the race for Sancho at the end of the season, which will come as a huge frustration to United after being “one step away” from signing him over the summer.

Sancho is expected to leave Dortmund and return to the Premier League next summer, having left Manchester City’s academy to join them in 2017.

He has racked up 117 appearances for the German outfit, registering 38 goals and 52 assists.

The 20-year-old has not been at his best this season, nevertheless, and is still yet to get on the scoresheet in Bundesliga after 11 appearances.

Dortmund caretaker manager Edin Terzic addressed Sancho’s struggles last week and admitted something is not quite right with their star man.

“But what Jadon lacks is the ease and magic we are used to from him.”

Sancho has two-and-a-half years remaining on his current deal, meaning Dortmund will still be able to demand a sizeable fee for the player next summer.

Liverpool and Chelsea entering the race with United could also spark a bidding war between the three clubs, which would increase his price even further.