United paid an initial £35million fee to bring Van de Beek to Old Trafford from Dutch giants Ajax in the summer, though he has flitted in and out of Ole Gunnar Solskjaer's team. Van de Beek was an unused substitute in United's 0-0 draw with City in the Manchester derby on Saturday.

Now Van Gaal, who has managed both United and Ajax, has given his verdict on the signing.

Speaking to Ziggo Sport he suggested Van de Beek should not have moved to United, knowing he had to compete with Bruno Fernandes and Paul Pogba.

He said: “I hope his time will come, but I don’t think he made a good choice. I said that right away.

“I think you could have seen that beforehand. There are so many teams, which could have done better justice to him, also in the top. He is a boy with many qualities.”

Van de Beek was heavily linked with Real Madrid before making the move to United, though his move to the Premier League was endorsed by former United goalkeeper — and Ajax chief executive — Edwin van der Sar.

Solskjaer has defended his use of the 23-year-old but will continue to face questions over his selections after more dropped points in the Manchester derby. 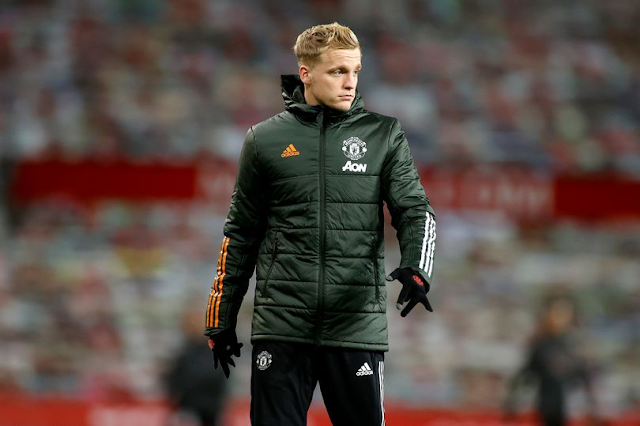