Luke Shaw is Manchester United’s only representative in the latest WhoScored TOTW. (via Getty images) Saturday’s Manchester derby was arguab...

Luke Shaw is Manchester United’s only representative in the latest WhoScored TOTW.

Saturday’s Manchester derby was arguably the worst we’ve seen in about a half-decade. Both United and City were more-than-content to play out a drab 0-0 draw and move onto the next one, which makes some sense given how early in the season we are.

However, you’d just liked to have seen a little more intent, particularly from Ole Gunnar Solskjaer’s side. I do understand the cautiousness after losing badly to RB Leipzig in midweek, but this was a real opportunity to prove our worth as genuine title contenders.

One area of the field does come out with credit aplenty, mind. United’s defenders were all excellent. For my money, and many others too, Luke Shaw was the pick of the bunch.

The Englishman would start his first Premier League game in over a month – and he’d pick up right where he left off before suffering a hamstring issue.

It’s great to see then, that Shaw was included in the latest WhoScored Team of the Week, putting in an impressive 7.62 rating via their metrics.

Check out Luke Shaw, amongst others, in the WhoScored TOTW here:

I’d argue that Shaw is on course for his best season at Manchester United if this form continues. It’s easy to forget just how influential the Englishman was before he’d be sidelined after picking up a problem against Everton.

There’s no doubt that pressure from Alex Telles has spurred Shaw on to perform even better, which is exactly why you need competition all over the field.

It’s serious credit to the man himself. Shaw hasn’t let his head drop, instead, he’s worked even harder to force his way back into Ole Gunnar Solskjaer’s plans. Now, I think it’s fair to say he’s performing at a consistently-high level.

In terms of other players who could’ve been included in this team, I would’ve gone for Harry Maguire. The United captain was another who excelled on Saturday and let’s hope he takes that form into the busy winter period. 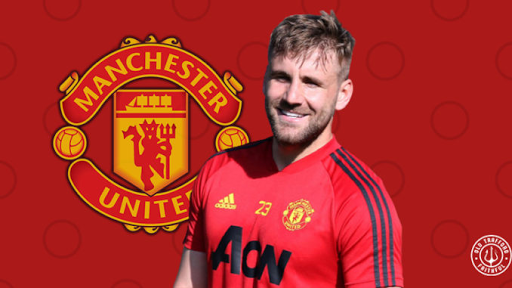