Man United have to secure signing of £200,000-a-week playmaker – Opinion

Manchester United badly needed to improve their attack in the summer transfer window but they failed to adequately reinforce the departmen... 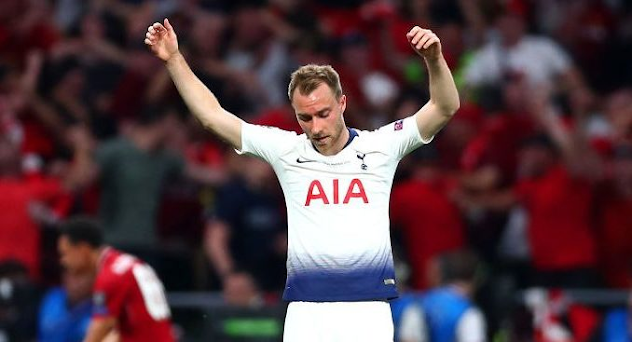 They lured Donny van de Beek from Ajax and the Dutch star has only started one game for the Red Devils in the PL thus far. On the other hand, veteran Cavani moved to Old Trafford on a free transfer and the Uruguayan international is yet to start in the league for his new club.

In my opinion, Man Utd need a versatile playmaker who can effectively play in multiple offensive positions and help the team by scoring/creating goals on regular basis.

In such a scenario, Man United have to secure the signing of Christian Eriksen, who proved his worth in the Premier League with Tottenham Hotspur but currently warms the bench with Inter Milan.

The 28-year-old has so far started just 4 games in the current campaign under the management of Italian boss Antonio Conte.

Eriksen was a major hit with Tottenham, especially under Mauricio Pochettino. In the 2018-19 campaign, he directly contributed in 27 goals for Spurs, who reached the final of the Champions League.

Unfortunately, the four time Danish Player of the Year moved to the Serie A for a bumper pay rise. He earns a salary of £200,000-a-week (Football Insider) with the three time European Champions but mostly warms the bench.

He needs to leave Inter Milan for regular first team football and Man United should move to secure his signature. Eriksen can effectively play in the central midfield and anywhere in the attacking midfield as well.

Last month, reports (Corriere Dello Sport (via Sport Witness) even suggested that the Nerazzurri are prepared to offer the 103-capped playmaker to Old Trafford and in my view Solskjaer should move in to hire his services in the January transfer window.

In your view, should Man United splash the cash to sign Christian Eriksen next month?