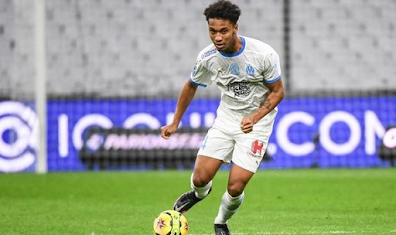 Manchester United and Barcelona are both eager to sign Boubacar Kamara.

Manchester United and Barcelona transfer target Boubacar Kamara has been given permission to leave Marseille by the Ligue 1 side’s president, Pablo Longoria.

Kamara is a man in demand ahead of the January transfer window.

The central midfielder, who also plays as a centre-back, is under contract until 2022.

But regardless, he could be on his way out of Marseille, with United and Barcelona both interested.

Kamara has been ever-present for Marseille this season, having started 20 games in all competitions.

But Longoria confirmed there is a chance he could be sold in January, as he insisted the club needs to be ready to act and sign a replacement.

Speaking about Kamara and Duje Caleta-Car, he said: “If players are attractive, you have to be ready to replace them."

United and Barca are both eager to improve their options at the back, and are both said to be watching Kamara closely.

Ole Gunnar Solskjaer is said to be prioritising a new centre-back in the 2021 summer transfer window, having mainly signed attacking players in the previous window.

And Barca are also keen to reinforce their squad and bring in new young defensive options, with Kamara fitting the bill due to his age.

Ronald Koeman is keen to find a long-term replacement for Gerard Pique, 33, despite his desire to continue playing for another three years.

Speaking recently, Kamara admitted he didn’t know what the future held for him, and confirmed he was ready to extend his contract at the Orange Velodrome. 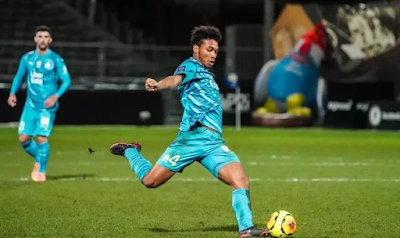 “For the moment, I am focused on Marseille, I do not really know what could happen.

“In football, you never know, I am not focusing on that, the club and my agents are dealing with that.

“I am concentrated on Marseille and I am not asking myself too many questions.

“A contract extension? Pablo Longoria didn’t lie, the talks to extend have already begun, with my agents and my mother.”