Manchester United's Anthony Martial has come under fire this week. The Old Trafford faithful conducted an internal review on Twitter a... 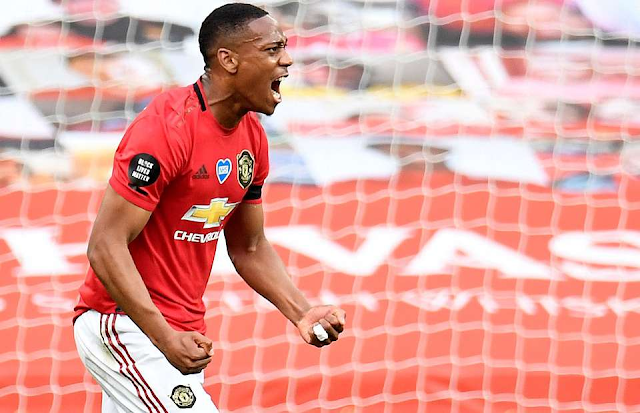 Manchester United's Anthony Martial has come under fire this week.

The Old Trafford faithful conducted an internal review on Twitter after Wednesday night's defeat to Paris Saint-Germain and there were three names appearing the most in terms of culpability.

Fred was the most obvious target after picking up two yellow cards in the Champions League loss with a headbutt on Leandro Paredes and tackle on Ander Herrera both proving highly avoidable.

Then, it was manager Ole Gunnar Solskjaer receiving pelters for having failed to take off Fred at half-time and appearing to be criticised over a lack of subs by Bruno Fernandes mid-game.

And it was Martial who rounded off the maligned trio after missing a series of key chances against the French champions, including a glaring miss when everything was to play for at 1-1.

Let's just say that we hope Martial has muted his Twitter mentions because we've lost count of the number of times his bungled finish has been remixed and turned into memes. 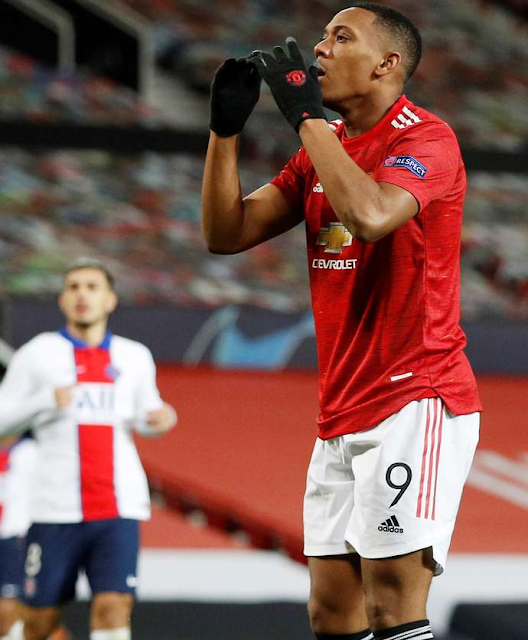 Martial as a number nine

However, regardless of what you think about Martial's PSG performance in isolation, his undulating 2020/21 form has raised wider questions about whether he can continue as United's number nine.

Besides, the two goals in 10 appearances that the Frenchman has produced so far this season already pales in comparison to the three strikes that summer signing Edinson Cavani has mustered.

But let's hold our horses for one second because it's only been a few months since Martial was showing the world that he can indeed hold his own as the pinnacle of United's front three.

Not only did the £54 million-valued forward help himself to an impressive record of 23 goals in 48 appearances, but he displayed the type of interchange often associated with Roberto Firmino. 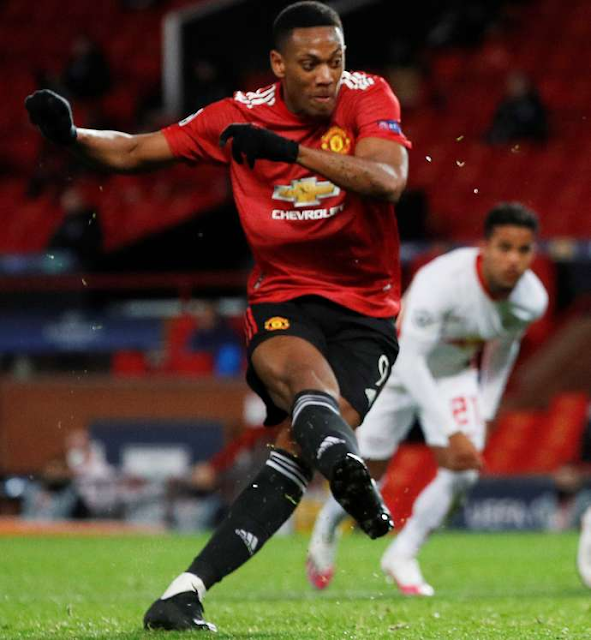 Montage of Martial as Man Utd's No. 9

In other words, he looked like the perfect striker for a United team playing 4-3-3 and a difficult start to a season interrupted by a Premier League suspension shouldn't take away from that fact.

So, just for fans feeling uneasy about Martial leading the attack, we thought it might be time for a friendly reminder of his class in the position via a brilliant montage from YouTuber 'Manie HD'.

Now, I can hear the skepticism already, but before you pass judgment too much, be sure to check out the compilation in its entirety and try saying that Martial has no future in the position:

At the end of the day, Cavani won't be a United player for all that long and world-class number nines don't come cheap these days, so the club can't afford to abandon this experiment with Martial.

I think he needs game-time in the position when Solskjaer has the security to provide it or at the very least, keep him ticking over on the wing to help build up his goal-scoring confidence again.

If United really see their future in the 4-3-3 position then I honestly believe that Martial is the man for the job considering the quality of his hold-up play throughout last season.

Besides, even in the PSG performance that brought wide-spread criticism, he still managed to create one-on-one opportunities for Cavani, Bruno Fernandes and Marcus Rashford.

Jump on the #MartialOut bandwagon at your peril because it's going nowhere fast.