Manchester United's players will convene for a 90-minute training session at Carrington - but there'll be no Christmas dinner in t... 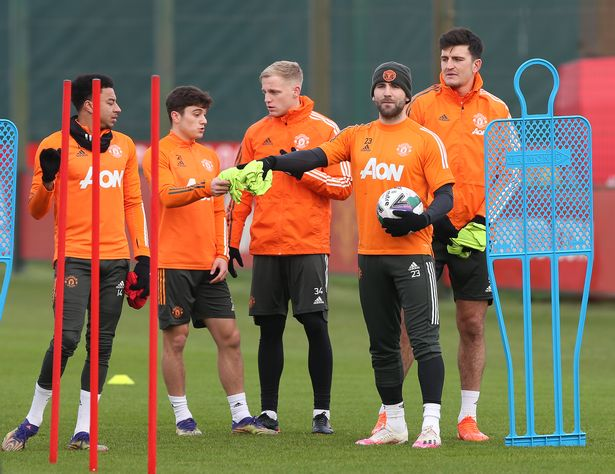 Manchester United will train on Christmas Day ahead of their Boxing Day trip to Leicester... but there'll be no turkey and trimmings.

Christmas Dinner at Carrington has been cancelled amid the ongoing coronavirus pandemic with the canteen out of bounds to the majority of staff, report The Sun.

United stars are due to convene at their training base at around 9.30am where they will undergo a 90-minute session under the watchful eye of boss Ole Gunnar Solskjaer.

But the traditional Christmas meal will not be taking place, with players instead returning home to spend time with their families before travelling to the East Midlands later in the day.

It's a crunch clash at the King Power Stadium with the two high-flying sides separated by just a point going into the clash.

The Foxes sit second in the Premier League, four points adrift of pace-setting Liverpool, while United are in third.

But the Red Devils have a game in hand and are well set to launch a first title challenge since Sir Alex Ferguson's retirement in 2013.

United are in red-hot form domestically, having won four and drawn one of their last five Premier League games.

They also dumped Everton out of the Carabao Cup at the quarter-final stage in midweek thanks to late strikes by Edinson Cavani and Anthony Martial.

But they will be playing in the Europa League in the new year after crashing out of the Champions League courtesy of defeat at RB Leipzig in their final group game.