‘Man Utd can’t play without Fernandes, what are they?’ – Neville confused by ‘bizarre’ Red Devils

The Old Trafford legend believes Ole Gunnar Solskjaer’s side have been overly-reliant on match-winners to deliver moments of “individual b... 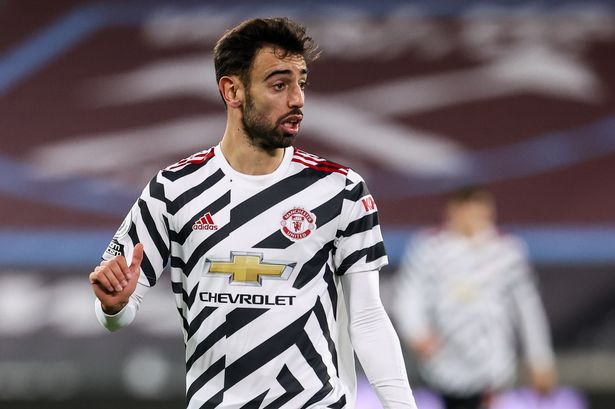 Manchester United “can’t play without Bruno Fernandes”, says Gary Neville, with the Red Devils legend admitting it is “bizarre” to see results being picked up by a side that leans so heavily on “four or five match-winners”.

Ole Gunnar Solskjaer’s team have been looking for moments of “individual brilliance” on a regular basis this season.

More of those were delivered in a 3-1 victory over West Ham, with Fernandes stepping off the bench at half-time as United battled their way back to earn a fifth successive comeback win on the road in the Premier League.

The Portuguese playmaker, along with Marcus Rashford, proved to be key for the Red Devils at the London Stadium, while Paul Pogba started a stirring second-half fightback with a stunning long-range strike.

Neville says he has been left baffled by United’s performances this season, and their fifth-placed standing in the table, with Solskjaer’s team becoming overly-reliant on certain players.

The former Red Devils defender told his podcast for Sky Sports: “What Manchester United have is four or five match-winners, game-changers, that play in moments.

"My concern is for the longer term because you need performances that knit together that look like an identity is building. I can't quite see what they are yet.

“They can't play without Bruno. I don't know what it is, he's a very good player but you'd think that [Donny] van de Beek and Pogba, [Scott] McTominay in midfield with [Mason] Greenwood, [Edinson] Cavani and [Anthony] Martial would be able to do so much better than that.

“The minute Bruno comes on - and Marcus Rashford as well who probably had a bigger impact - but Bruno's impact on the team is huge. You can't compare Bruno to Harry Kane but you know Kane has an influence on his team that's bigger than just his performances, which are excellent.

“Bruno is exactly the same with this Manchester United team and he's only been there a short amount of time. As soon as he came on, they seemed more arrogant, more connected, more cohesive. I don't know what it is when he doesn't play.

“I can't get excited. Manchester United, if you'd said to Ole Gunnar Solskjaer and the fans at the start of the season, they would be a couple of points off Liverpool, playing in a group with Paris Saint-Germain and Leipzig and need to go to Leipzig for a draw, in the quarter-finals of the Carabao Cup and the FA Cup hasn't started yet, you'd say it's a pretty good start to the season, it's where I'd expect them to be. How they have got there is the bizarre bit.

“You watch them in matches and you think 'what's that?'. They go to Turkey and they're awful, then beat Leipzig 5-0 at home (the Leipzig win came first). It's up and down, not even from game to game, it's half to half.

“For 20 minutes [against West Ham] they were brilliant but for large portions, it was below par. They have to be consistent but I'm not sure they can because there are players that play individually, they don't knit together.

“With United, I'm still thinking 'what kind of team are they?'. All I can describe them as at the moment is a team that wins games in moments of individual brilliance.”

United will be back in Champions League action against RB Leipzig on Tuesday, as they take aim at the last 16 of that competition, before then playing host to arch-rivals Manchester City in an eagerly-anticipated derby date on Saturday.