Manchester United youngsters Facundo Pellestri and Amad Diallo may copy the same route once the latter links up with Ole Gunnar Solskjaer&... 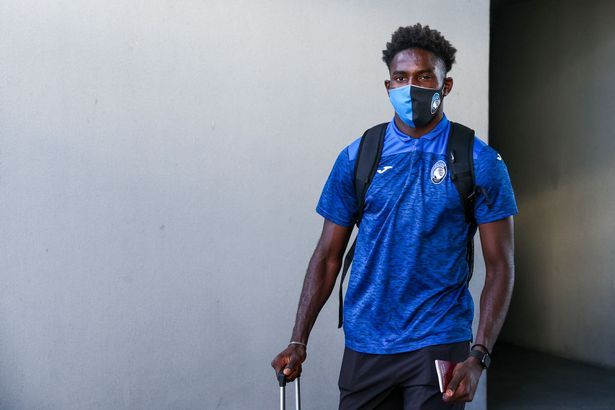 Manchester United may be about to duplicate a tactic used on Facundo Pellestri when Amad Diallo arrives in January.

The Fiorentina youngster has shone this season and will arrive at Old Trafford in the New Year.

The 18-year-old carries a big price tag after his £25m move was confirmed over the summer.

But United fans may have to wait to see Diallo in the first-team - as the teen could be set for a spell in the under-23 side like fellow summer signing Pellestri.

The Uruguayan has only been used in the reserves so far as he adapts to English football - but has showed such promise, it is likely Diallo will also be introduced in the same way.

"He started training with the first-team – he did well but we couldn’t give him game-time so we thought we’d give him a run of games in the [Under] 23s and he’s benefited from that.

"His confidence has been given a boost. He’s shown in all the games that he can impact the game.

"They’re both talented players that we believe will have a long career here. It’s important we find the right time."

Diallo is now set to show what he can do for Solskjaer's side as his documents have now reportedly been approved for travel into England.

Fabrizio Romano wrote on Twitter: "Amad Diallo has finally received his passport, the deadlines have been respected.

"He will fly to Manchester in January to complete his move to Man United."

United take on Leeds this weekend as they look to build on Thursday's win over Sheffield United.

United were heavily linked with a move for Upamecano in the summer, with The Telegraph revealing Ole Gunnar Solskjaer wanted to pair him with Harry Maguire at the heart of the defence ahead of the new season.