Brandon Williams have been pushed down the pecking order at Manchester United, with Alex Telles arriving from Porto and getting straight i... 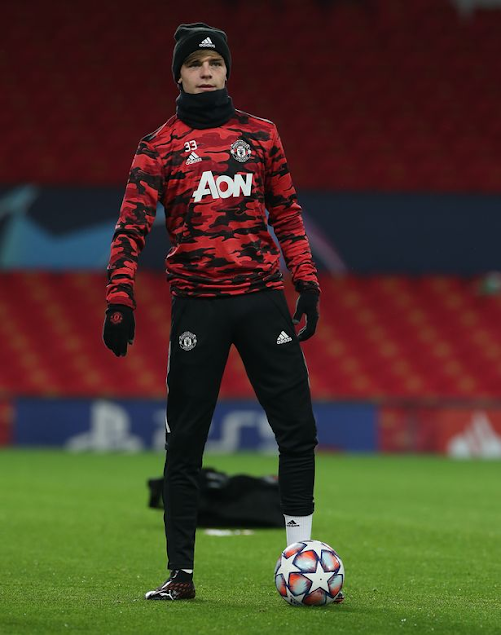 Brandon Williams have been pushed down the pecking order at Manchester United, with Alex Telles arriving from Porto and getting straight into the first team, leaving the Englishman looking for regular football

Manchester United defender Brandon Williams is being monitored by Newcastle for a January move.

He has been pushed down the pecking order, though, since the arrival of Alex Telles from Porto over the summer has put Luke Shaw on the bench.

And Williams has been pushed back into limbo between the bench and the U23 squad, making just four appearances this season.

But Chronicle Live have reported that Newcastle could give Williams the playing time he is looking for.

The Magpies, who sit 13th in the Premier League table after 10 games, are monitoring the 20-year-old’s progress ahead of a loan move in January.

And they are looking for someone who can play neither wing as Paul Dummett has not featured for Steve Bruce in the 2020/21 campaign.

The former United defender, whose header against Sheffield Wednesday won the club their first Premier League title in 1993, has maintained a good relationship with Mike Phelan and Ole Gunnar Solskjaer.

This, according to the report, would see the Red Devils take a loan offer seriously as they look to tie the youngster down to a contract until 2024.

But they could face competition from Southampton, who made a bid for Williams on loan over the summer.

A move would give the Englishman the chance to gain even more confidence on the pitch, something he admitted to not having in the academy after comparing himself to Mason Greenwood.

“I wasn’t really happy when I went to The Cliff because I was used to being in school and being the best player,” Williams told United’s official website.

“But when I went there I wasn’t one of the best players really. I was down there in the bottom group.

“Mason’s always been there [as one of the best players]. James Garner, he was up there as well. There are a few players who are not here as well now.

“I was jealous at the time because they were skilful and everything. I think that’s why I went further back, because I was a striker but now I’m a defender.”