Manchester United are looking at the January transfer window for solutions and Inter Milan star Christian Eriksen could be the answer. Chr...

Manchester United are looking at the January transfer window for solutions and Inter Milan star Christian Eriksen could be the answer.

Manchester United are plotting a raid on Inter Milan for Christian Eriksen but Arsenal and Paris Saint-Germain are in the running for the Denmark international. Antonio Conte wants to sell the ex-Tottenham ace just a year after signing him.

United are looking to sign Eriksen next month as the January transfer window opens up.

Ole Gunnar Solskjaer has been keen for more creativity in his midfield, which spells bad news for the likes of Paul Pogba and Donny van de Beek.

Eriksen has long been on United’s radar and was eyed prior to his move to Inter Milan last January.

With his contract expiring at Tottenham, the playmaker told the club he had no intention of penning a new deal and Spurs were forced into letting him leave early.

But it has been a torrid time for the Denmark international in Serie A under Conte.

Eriksen, a No. 10 by trade, simply does not fit into Conte’s tactics and he has been largely limited to appearances off the bench.

Inter have offered him out across Europe ahead of the January transfer window as they look to recoup some funds on the 28-year-old.

United have once again registered an interest and could make a move for him as the market reopens.

But according to The Sun, Arsenal are prepared to do their utmost to sign Eriksen despite his Tottenham past.

Furthermore, both Premier League outfits could be blown out of the water by PSG - who are third in Ligue 1.

Thomas Tuchel has come under pressure at the Parc des Princes but could be given funds in January after being limited in the summer.

Inter Milan are looking to sell Eriksen for £27m and initial talks over a swap deal were rejected.

They also have no interest in a loan with option to buy, instead eyeing a permanent transfer, The Sun report.

United are set to be active in the upcoming window but might need to let players leave first.

Jesse Lingard, Marcos Rojo and Phil Jones have all been ostracised from the squad.

While Solskjaer has his sights set on Leicester ace Harvey Barnes as he looks to spruce up his wing options. 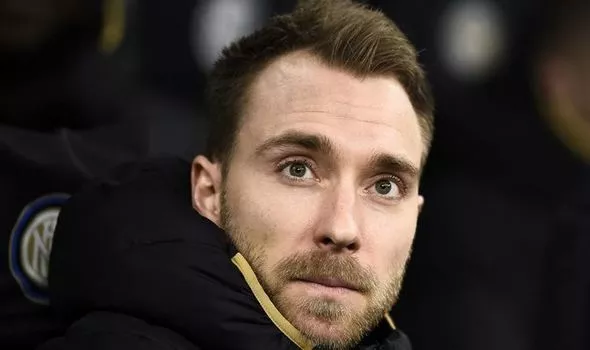