Nuno Mendes was reportedly offered to Manchester United earlier this year, and Ole Gunnar Solskjaer's side are said to remain keen ami...

Nuno Mendes was reportedly offered to Manchester United earlier this year, and Ole Gunnar Solskjaer's side are said to remain keen amid competition from Liverpool and Real Madrid.

But Ole Gunnar Solskjaer's side will face competition for the 18-year-old left-back if they decide to swoop in the January transfer window.

Liverpool, Real Madrid, Juventus and Inter Milan are all believed to be tracking the Portugal under-21 star, who is believed to have a £40million release clause.

And with Sporting keen on tying the youngster down to an improved deal, the race for his signature could hot up when the transfer market re-opens next month.

United were reportedly offered Mendes when they signed Bruno Fernandes back in January, with the two players sharing the same agent.

The Red Devils eventually signed Telles from Porto in a £13m deal on transfer deadline day back in October.

But Solskjaer and his staff are still interested in Mendes, according to O Jogo, cited by Sport Witness.

The Portuguese outlet claims Madrid are the latest club to join the race for the left-back, who has played in all but one league match for table-toppers Sporting this season.

While United have Telles, Luke Shaw and Brandon Williams at the club, Mendes would be signed with an eye on the future.

Telles is 27 and Shaw is 25, so the Portuguese ace would be developed as an eventual successor to the two senior stars.

The youngster can also play as a centre-back, so his versatility would no doubt be useful for Solskjaer's side.According to A Bola, Sporting want to increase the left-back's £13,000-a-week wages, given that is a relatively low amount for a player who has proved all his talent in the first team.

The club are also determined to increase his release clause in order to fend off interest from his suitors. 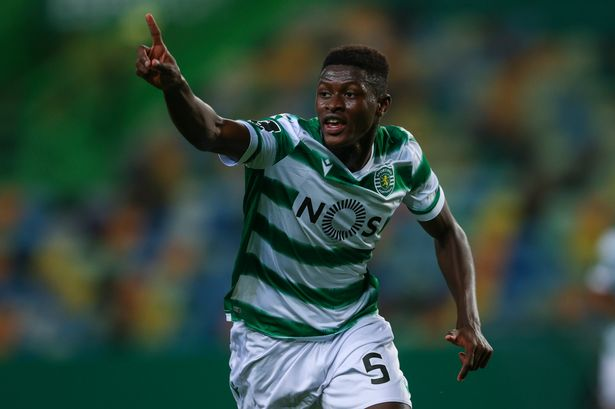