The latest transfer news and rumours from Old Trafford. Manchester United had a busy summer transfer deadline day but could venture back int... 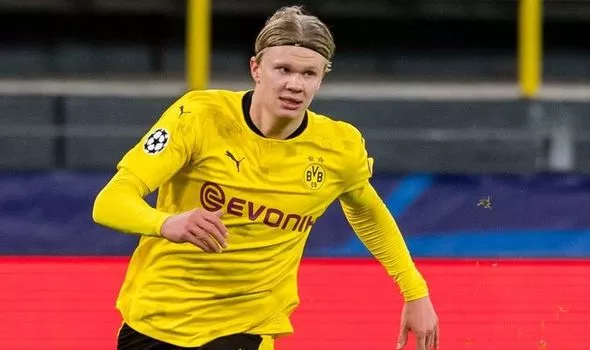 The latest transfer news and rumours from Old Trafford.

Manchester United had a busy summer transfer deadline day but could venture back into the market in January. Ole Gunnar Solskjaer will look to strengthen his squad as he attempts to return United to the summit of English football.
After a poor start, a good recent run in the Premier League sees United sit just five points off top spot with a game in hand.

The pressure has eased on Solskjaer and with the right reinforcements, the team will be hoping to nail down a top-four finish in the second half of the season.

Last season, the signing of Bruno Fernandes midseason helped galvanise the team and helped secure third place at the end of the season.

Manchester United will have to pay close to £100m if they are to land long-term target Erling Haaland in 2022.

The 20-year-old wonderkid has been on the club’s radar since fellow Norwegian Ole Gunnar Solskjaer was appointed United manager on a permanent basis in 2019.

However, despite the two having previously worked together at Molde, the player instead made a January move from RB Salzburg in Austria to join Borussia Dortmund.

Solskjaer is still keen on Haaland’s signature but according to Mundo Deportivo, as well as the £64m release clause, any potential suitors will also have to fork out a further £18m in commission fees and £9m alone to the players family.

Despite his tender years, Haaland is already something of a goalscoring phenomenon having netted 33 times in just 32 appearances since joining the German side.

Barcelona have reportedly opened talk on a new contract for United target Ousmane Dembele according to ESPN.

It has been long rumoured that the France international was unsettled at the Nou Camp with United among a number of clubs keen on his signature.

However, the 23-year-old forward seems to have found a new lease of life under Ronald Koeman and has worked his way back onto the first team.

United tried to sign the player in the summer however, Dembele was reluctant to make the switch to Old Trafford.

The club remains interested in the player and will be monitoring the latest contract discussions.

Dembele helped himself to a goal and an assist in Barca’s comprehensive 3-0 Champions League win over Ferencvaros this week.

Brandon Williams could be on his way out of Old Trafford in January with Newcastle keen to take the player on loan.

Williams, 20, made 36 appearances for United last season but has seen his path to a first team left back slot blocked by the signing of Alex Telles to compete with Luke Shaw.

According to Chronicle Live, the Magpies are prepared to offer Williams the playing time he desires at St. James’ Park.

Newcastle are managed by former United defender Steve Bruce who is looking to bolster his squad.

However, they may face competition from Southampton who are also keen on taking the player on a temporary basis.

Williams committed his future to United in the summer, signing a contract extension until 2024.