Pogba has echoed Raiola's comments after he hit out at a report in Germany which suggested he was under pressure to find the midfielde... 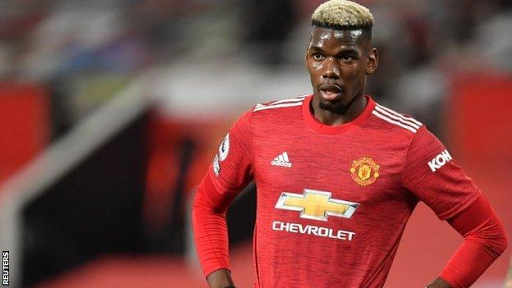 Paul Pogba continues to dominate headlines after Mino Raiola claimed his client would like to leave Manchester United at the earliest available opportunity.

The latest twist in the tale comes form super-agent Raiola himself, as he hit back at a report from Germany and has since been backed up by his star client.

Juventus continue to lead the race for Pogba as they bid to bring the World Cup winner back to Turin in the January transfer window.

Elsewhere, United have been urged to sign two of Europe's most-coveted strikers after they laboured to a 0-0 draw with Manchester City on Saturday.

Paul Pogba has backed up Mino Raiola after the super-agent hit out at an alleged case of "fake news" in the German press.

Bild head of football Christian Falk claimed Raiola was under pressure to find Pogba a new club and could even lose the Frenchman's business if he fails to do so.

And Pogba backed up his representative in the comments of the Instagram post, saying: "When you don’t know you don’t talk, Bild ."

Mirror Sport understands Juventus are eyeing a loan deal for Paul Pogba in light of Mino Raiola's declaration the Frenchman would like to leave the Red Devils as soon as possible.

The Serie A champions hope to bring Pogba back to Turin on a six-month loan in the January transfer window with an obligation to buy which comes in force next summer.

Pogba enjoyed a fruitful four-season spell with Juventus between 2012 and 2016, winning six major honours with the club.

Alan Shearer urged Manchester United to buy a "top-class" striker such as Erling Haaland or Kylian Mbappe after the Red Devils were held to a 0-0 draw by Manchester City.

The goalless result means United have scored just once in four games against 'Big Six' opposition this season.

Shearer told Match of the Day : "[Edinson] Cavani, they’ve got him. He’s 34 in February. [Mason] Greenwood may be that man in two or three years time because he’s got fantastic potential.

"But I think they need a top-class centre forward in this team. "Greenwood and [Marcus] Rashford should be in and around that six yard box, there’s no one there, no one at all, nothing on for Bruno.

"He needs more options, he needs a forward in there who will put the ball in the back of the net."

Asked who his dream forward signing would be if he were United, Shearer responded: "Haaland or Mbappe."