Man Utd “would’ve been champions” in 2017-18 if Man City hadn’t bent the rules, according to Ricardo Formosinho. The Citizens became ‘The ... 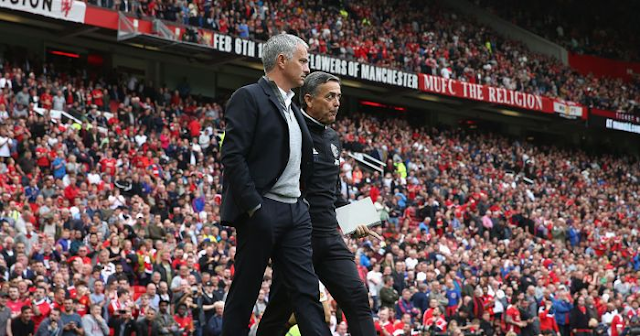 Man Utd “would’ve been champions” in 2017-18 if Man City hadn’t bent the rules, according to Ricardo Formosinho.

The Citizens became ‘The Centurions’ that season as they romped to 100 points, finishing 19 points ahead of nearest rivals Man Utd.

It was Pep Guardiola’s first Premier League title triumph, while they also won the League Cup that campaign.

Formosinho, who was Jose Mourinho’s assistant during his time at Man Utd, thinks that City wouldn’t have been champions if they had played by the rules.

Speaking to Portuguese publication Record, Formosinho said: “We weren’t champions, it’s true, but we won the Europa League, the League Cup, the Super Cup and, in a fight with a Manchester City, who did not fulfil, as proved later, the Financial Fair Play, we were runners-up at a time when, having sporting truth, we would’ve been champions.”

UEFA’s club financial control body (CFCB) sanctioned City in February for what it said was a breach of its Financial Fair Play (FFP) and club licensing regulations.

The CFCB said City had overstated sponsorship revenue in their accounts and in the break-even information submitted to UEFA between 2012 and 2016, and for failing to co-operate with its investigation.

City immediately signalled their intention to appeal, and the Court of Arbitration for Sport eventually cleared them to compete in the Champions League this season and reduced a 30 million euro fine to 10m euros (just under £9million).

On Mourinho, Formosinho added: “People may ask why he’s the best. I answer that because he thinks faster and comes up with solutions faster.

“When talking about the growth of others at the tactical level, he goes far ahead strategically. He’s different for the better. I’d even say much better.”