Manchester United boss Ole Gunnar Solskjaer is under mounting pressure after the Red Devils crashed out of the Champions League. (Image: P...

Manchester United boss Ole Gunnar Solskjaer is under mounting pressure after the Red Devils crashed out of the Champions League.

Manchester United were dumped out of the Champions League on Tuesday night after defeat against RB Leipzig.

The Red Devils travelled to Germany knowing a point would see them progress to the knockout stages.

But they found themselves 1-0 down to the Bundesliga side after just three minutes, before conceding again just ten minutes later.

Ole Gunnar Solskjaer made various changes throughout the game, but United would go 3-0 down with 20 minutes to go before mounting a late comeback attempt.

Bruno Fernandes and Paul Pogba both scored in the final ten minutes of the game, but United were unable to get a third goal which would have seen them progress.

That defeat leaves United in the Europa League for the second year in a row in a bitter disappointment to the club.Pressure is continuing to mount on Solskjaer after a disappointing start to the season, with reports suggesting Mauricio Pochettino is waiting to take over if the job becomes available.

But according to "The Guardian", United officials are still firmly behind Solskjaer.

The club’s hierarchy apparently still believes the Norwegian can lead the side to a Premier League title challenge this season despite their poor start.

United are currently just five points off the top of the table with a game in hand, and club officials reportedly believe Solskjaer is the man to bridge the gap.

Club chiefs are disappointed with the Champions League exit, the report states, but are still happy with the boss’ overall management since taking charge.

United face Manchester City on Saturday with the chance to keep up the pace with title-chasing Liverpool and Tottenham.

And that position is seen as significant by United’s hierarchy, who are eager to avoid a revolving door approach to their managers and don’t want to keep hiring and firing in the aftermath of Sir Alex Ferguson’s retirement.

However, the club’s support for Solskjaer isn’t unconditional, the Guardian states, and his performance will continue to be monitored. 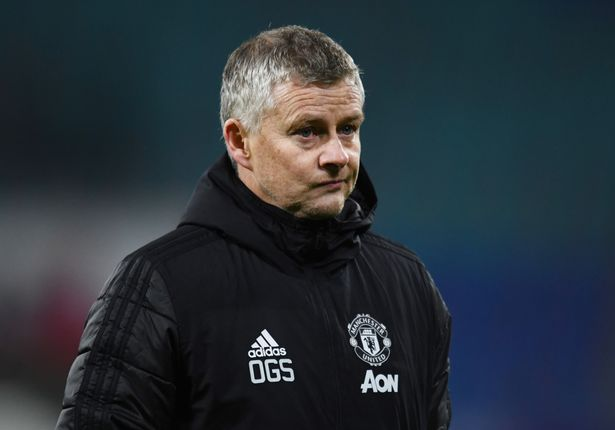