Manchester United boss Ole Gunnar Solskjaer is under significant pressure at Old Trafford at the moment, with Mauricio Pochettino said to be...

Manchester United boss Ole Gunnar Solskjaer is under significant pressure at Old Trafford at the moment, with Mauricio Pochettino said to be the club’s ideal replacement to take over

Manchester United are ready to back Ole Gunnar Solskjaer despite their poor form, claims the Daily Mail.

The Red Devils crashed out of the Champions League on Tuesday night after they were beaten 3-2 by RB Leipzig.

United went to Germany knowing a draw would have taken them through to the knockout stages considering their impressive goal difference.

But they found themselves 1-0 down after just three minutes, before conceding again in the 11th minute.

United mounted a late comeback after going 3-0 down with 20 minutes to play, but despite two goals in the last ten minutes they were unable to get anything out of the game.

That result left United in the Europa League for the second season in a row, a disappointing scenario for the Red Devils who were desperate to get into the competition last season due to the financial reward and in order to tempt potential transfer targets.Pressure is now ramping up over Solskjaer’s position at Old Trafford, with Mauricio Pochettino still reportedly keen on the role.

The Argentine hasn’t worked since leaving Tottenham late last year, and is said to be eager to take over from Solskjaer should the opportunity arise.

But according to the Daily Mail, United are still confident in Solskjaer and aren’t considering parting ways with him.

They apparently feel the club is still heading in the right direction – despite crashing out of Europe’s premier competition.

United have had five managers since Sir Alex Ferguson left the club in 2013 – counting Ryan Giggs’ spell as caretaker.And club officials are apparently eager to have a long-term option and avoid having a revolving door policy towards their managers.

Reports suggest United players are still mostly behind Solskjaer and are confident in his ability to turn things around.

While there are some players who aren’t sure about the boss, the majority are fully in support of the Norwegian manager. 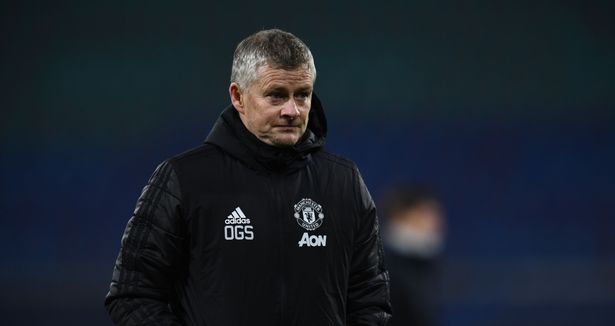