I think what Pogba’s agent did this week, coming out and saying his time is up there, was disrespectful. Pogba knew what his agent was doing. There will be a club out there waiting for him.

The timing was terrible just before a big Champions League game. But you can’t blame that on United going out. The only one to blame for that shambles is the manager.

They won their first game in the group against Paris St-Germain. Away. And then beat Leipzig 5-0. You’re through!

How do you go on to lose that group? It’s ridiculous. All you have to do is beat Basaksehir home and away and it’s all over.

But they couldn’t do it - and from then on Solskjaer messed it up big time.

You know what PSG are like. You can’t leave Fred on the pitch when he’s on a booking. But he did, Fred got sent off, and they lose. Then he gets it horribly, horribly wrong against Leipzig. He plays three at the back and they’re 2-0 down inside 15 minutes.

A top manager would have changed it straight away. But he didn’t. He waited until half time.

He wasted all that time. And even though they did come back into it, it was too late. He’s not decisive enough. He doesn’t make the big decisions.

Why did Pogba even travel? I don’t believe for a second that any of his team-mates were affected by what his agent said.

United are the biggest club in the world. But I don’t know if their board still believe that. They don’t act like it.

It’s like United are happy just to tick along. They’ve had umpteen chances to change the manager and they haven’t bothered.

That suggests they’re happy with Solskjaer. That they want him to carry on. If they wanted Mauricio Pochettino in charge they would have done it already.

I guarantee you that if Real Madrid had gone out of the group stage, Zinedine Zidane would be out of a job, and Pochettino would have been in there by the weekend.

That’s what big clubs do. Going out of the Champions League is a disaster for United, especially in a season when there are no fans in the ground.

The Manchester derby is a massive game for Solskjaer now. And he has to make a big decision and drop David De Gea.

De Gea has let him down. He needs to play Dean Henderson instead. But will he? Can he make the big decisions? He didn’t want to take Fred off and have the confrontation. He doesn’t like it. But it’s all too nice.

Manchester City are not playing that great, and United can let them have the ball and play on the counter.

But they’ve been giving up leads all over the place lately and you can’t give City a head start or it could get messy.

Arsenal could still be playing Tottenham NOW and they wouldn’t have scored a goal.

What can they do in January to fix it? Go and knock on Mesut Ozil’s door, say you’re sorry and you need him to play!

Arsenal were atrocious against Spurs. They never looked like scoring. Ozil’s getting £350,000-a-week and sitting at home while his team can’t score.

I’m not saying play him against Manchester City or Liverpool, when you’re not going to see much of the ball.

But against teams like Spurs or Burnley, he can get on the ball and dictate things and make a few decent chances.

They could re-register him in January. They're missing a trick if they don't.

I just don’t know where Arsenal are going right now. The manager was talking after the Spurs game as if they’d played well. I hope he doesn’t actually believe that!

You would still expect them to beat Burnley. It’s a nice game for them. Burnley don’t have the pace on the counter to hurt Arsenal, and they don’t score many goals.

Arsenal should beat them. But it will only be papering over the cracks if they do.

Newcastle’s break from playing after their game against Aston Villa got called off because of Coronavirus will actually benefit them.

I hope no-one got badly ill but it may not be such a bad thing for them that the game was off after they had some positive tests.

The break from playing should do the players as a group some good. They should be fresh and fully firing now.

This is the time of year when the grind catches up with you. That’s why so many managers are complaining about the workload.

But at least Newcastle don’t have to worry about that right now, and if all their players make a full recovery the rest will have done them some good.

Newcastle are doing well. They are not going down this season. They should be playing their strongest team in the FA Cup.

They have unbelievable fans and they should be ding everything they can to try and win them a trophy this season. 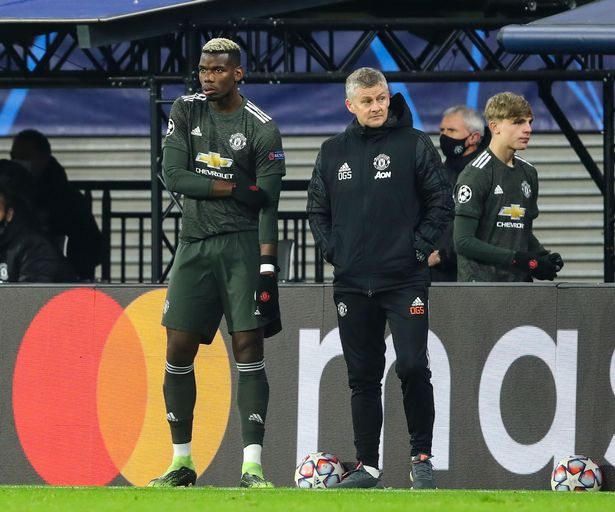