Speaking to  the press , Manchester City boss Pep Guardiola has confirmed that his ‘ beloved ‘ defensive ace Eric Garcia will miss their c... 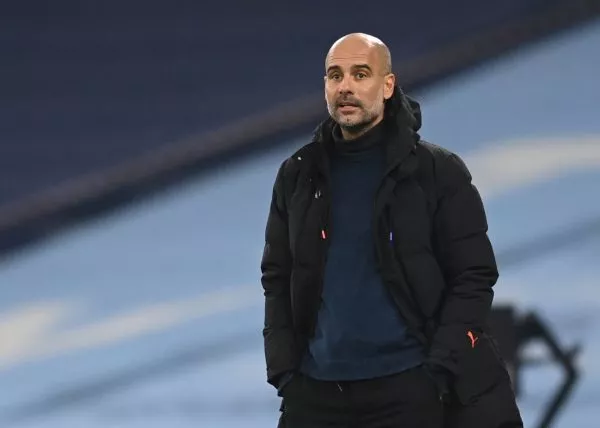 Speaking to the press, Manchester City boss Pep Guardiola has confirmed that his ‘beloved‘ defensive ace Eric Garcia will miss their clash with cross-town rivals Manchester United through a late injury problem – with the Spaniard now out of action for two-three weeks and ‘not fit’.

Garcia, who has been at the centre of reports heavily linking him with a move away from the Etihad Stadium, will not feature in today’s blockbuster Manchester derby clash as Guardiola confirms his absence.

The teenage star’s stance on a Barcelona return has been made known in recent months, attracting criticism from Sky Blues as Guardiola continues to utilise him in matchday squads when he is available.

However, due to a late injury, the 19-year-old will not play against Man United – with the City boss missing a defender he described as ‘beloved‘ to the team.

Even though Guardiola is a huge admirer of Garcia, Citizens won’t be too concerned with his unavailability given the presence of a rejuvenated John Stones and colossal summer signing Ruben Dias.

City also have Nathan Ake back after his return from a hamstring injury, while star man Aymeric Laporte is also ready for selection.

As Sky Blues gear up for the first Derby of 2020/2021 and a trip to Old Trafford, Guardiola will be hoping they can build upon their solid run of form whilst taking back the Manchester bragging rights.

City are on a near-perfect streak since their 2-0 loss to Spurs three weeks ago, winning four out of their last five matches in all competitions and not conceding a single goal in that time.

As United looms, they couldn’t have asked for a better warm up – especially after finishing top of their Champions League group mid-week, but as every Blue knows, form has the tendency to go out the window on Derby Day.