Manchester United's sensational first-half performance blew Leeds United away at Old Trafford and laid the foundations for a comfortab... 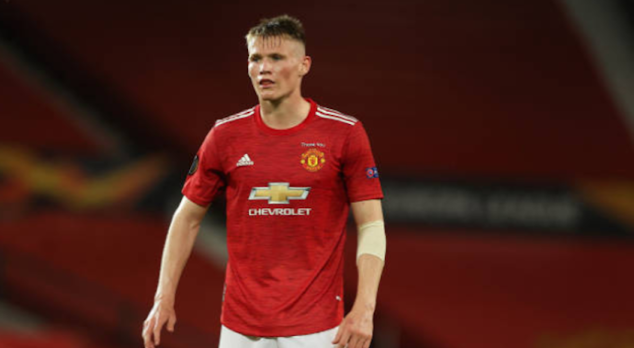 Manchester United's sensational first-half performance blew Leeds United away at Old Trafford and laid the foundations for a comfortable victory.

But who were the best performers?

The Frenchman missed a good chance of his own to get on the scoresheet, but was also an unselfish provider of opportunities to team-mates when leading the line.

His through ball in the first half set up Scott McTominay to score his second goal of the contest, while his near-post flick sent the ball across goal for Victor Lindelof to slam home.

Beyond that Martial had a game-high 12 touches inside the box as well as completing a game-high six dribbles in a superb supportive display.

Usually when United play well Fernandes is at the heart of it and that was the case here. His simple lay off early on helped set the tone as McTominay smashed his shot into the net.

He then got on the scoresheet himself, pouncing on a loose ball inside the area to find the far corner of the net with a low shot. And he got his customary penalty in the second half, too, after Martial was felled, which he slotted home with ease.

No player on the pitch made more passes in the final third as the Portuguese, who continues to be one of the best signings of 2020.

It was a punishing afternoon for the converted winger, who took a roasting as did much of the Leeds back line.

Nothing went right for him on the day and when faced up to the attacking talent United had on offer, he simply had no answer. Not a day to remember.

Where did this performance come from? McTominay is known for many things but being a goal-getting. advanced creator is not one of them.

And yet the Scotsman scored twice within the opening three minutes, the first rifled into the corner at pace and the second taking an intelligent touch to sweep home with his left.

And then he pinged the ball into Dan James to record an assist, as well as laying on a glaring chance for Anthony Martial that the Frenchman should have converted. A sublime performance all round.