Manchester United have been told what they need to do in the transfer window following the 0-0 draw with Manchester City in the Premier Le...

Manchester United have been told what they need to do in the transfer window following the 0-0 draw with Manchester City in the Premier League.

Manchester United have been told they should try and sign Erling Haaland and Kylian Mbappe as Ole Gunnar Solskjaer's need a top striker. That's the opinion of Alan Shearer who thinks the Red Devils need to make a big transfer and fast.

His comments came after the 0-0 draw in the Manchester derby with neither Solskjaer or Pep Guardiola really going for the win.

United started with Marcus Rashford and Mason Greenwood in the match but struggled to create opportunities.

"Cavani, they’ve got him. He’s 34 in February," Shearer told Match of the Day."Greenwood may be that man in two or three years time because he’s got fantastic potential

"But I think they need a top class centre forward in this team.

"Greenwood and Rashford should be in and around that six yard box, there’s no one there, no one at all, nothing on for Bruno.

"He needs more options, he needs a forward in there who will put the ball in the back of the net.

"They’ve got to get in there more often. It was far, far too easy an afternoon for Stones and for Diaz. That’s what I think they’re lacking and it showed today."

Asked who he would sign for Manchester United if money was no object, Shearer replied: "Haaland or Mbappe."

United are four points off of Tottenham and Liverpool at the top of the Premier League but they could both extend that gap today.

After the match David De Gea has told his team-mates they must believe they can win the title.

“I think, defensively, we were perfect tonight,” De Gea explained after the game.

“They didn't create too many chances, maybe two or three big chances, but I think, against them, it was defensively a great game.

“So we need to be happy, of course, for the clean sheet but maybe it's not enough, you know. We played at home, we always want to win, especially against Man City, so I think we missed a big chance to beat them today.

“But against players like [Kevin] De Bruyne, [Raheem] Sterling, good players, you have to be focused for the 90 minutes. So we did it today, I think we showed our confidence in defence. I think the players played really good today.

“For me, the most important thing in the team is the defensive part so, today, we showed again that we can defend good.

“We can be very strong in the back four and I think, the whole team, we pressed really high,“ he added. ”So we made them make mistakes in the build-up. So I think it was a good game for us, a tight game, so the draw was fine.

“It's a very strange season. To be honest, there are many teams fighting for the top place, so I think we need to be very focused every game and try to win the Premier League.” 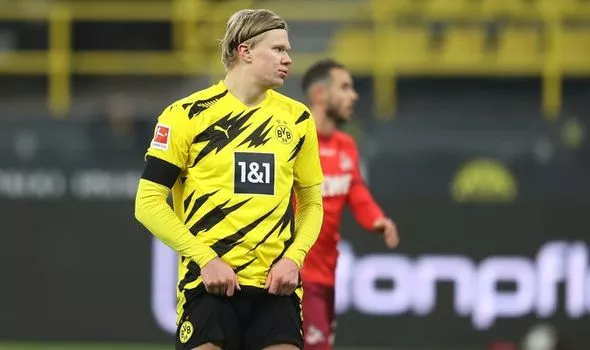