Uruguayan teenager Facundo Pellistri has yet to make an appearance for the Man Utd first team after joining from Penarol in the summer.

The 18-year-old joined the Reds on the final day of the summer transfer window, completing a move from Uruguayan club Penarol.

Unlike Amad Diallo, for whom a deal was struck on the same day, Pellistri moved to Manchester immediately and joined up with Ole Gunnar Solskjaer's squad.

He was on the substitutes’ bench for the Champions League wins over Paris Saint-Germain and Istanbul Basaksehir in November, but has been training with the club’s Under-23s in recent weeks.

"We felt Facundo would benefit," Solskjaer explained. "He started training with the first-team, and he did well, but we couldn't give him game-time.

“So we thought we'd give him a run of games in the 23s and he's benefited from that. His confidence has been given a boost. He's shown in all the matches that he can impact the game.”

Pellistri has scored three goals in his last four games for United’s Under-23s, although he couldn’t stop them falling to a disappointing 6-1 defeat to Chelsea on Friday afternoon.

The teenager’s form, coupled with United’s gruelling schedule – the Reds play five times from now until New Year’s Day – has resulted in many supporters wanting to see Pellistri given an opportunity in Solskjaer's side.

And when asked by MEN Sport when Pellistri should make his first-team debut for Manchester United, there was an overwhelming choice.

The winner of our poll with 40% of the 2,749 votes cast was next Wednesday's clash with Everton.

Twenty-three percent believe the FA Cup clash with Watford on January 9 is the right opportunity to blood the Uruguayan.

Somewhat surprisingly, 15.8% voted for Pellistri to remain patient and stay with the Under-23s, who do not play another fixture until January 18.

For United’s second string, Pellistri has predominantly played on the right flank and it’s likely the position he’d likely want to fulfil for the first team.

Yet in January, he will have fresh competition. Diallo is set to arrive from Atalanta having received the required documentation and will be vying for a spot in Solskjaer’s setup. 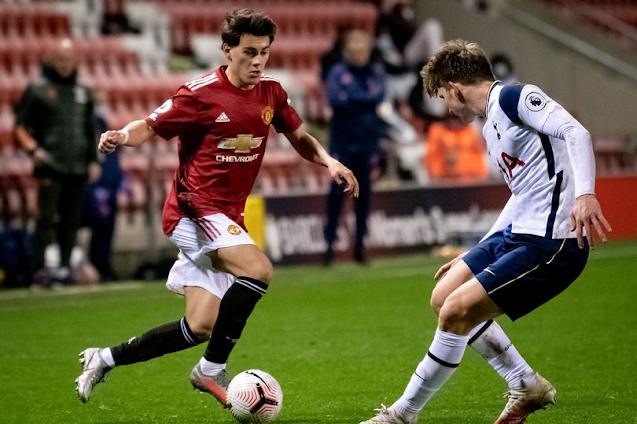