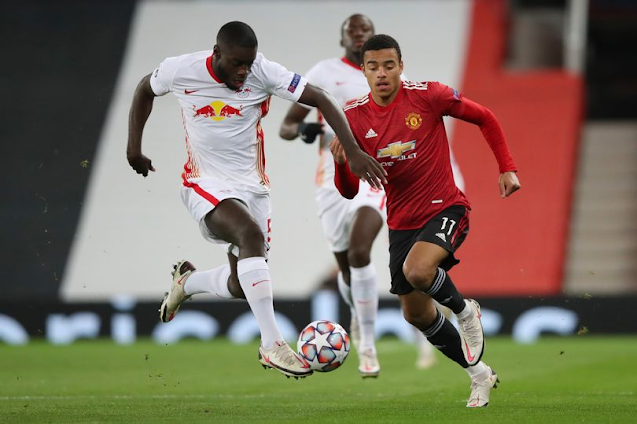 All the latest Manchester United transfer rumours and gossip includes an update on Dayot Upamecano.

Manchester United have ended their interest in RB Leipzig defender Dayot Upamecano - according to reports.

MEN Sport understand Upamecano was scouted by United as a teenager but the Reds decided against moving for the defender. He was heavily linked with an exit during the summer transfer window but signed a new contract believed to contain a €42million release clause that comes into effect next year.

United did not regard centre-back as an area of priority during the summer but MEN Sport understand they retain an interest in the 22-year-old. Ole Gunnar Solskjaer admitted the club would watch him closely during their Champions League games against Leipzig.

However, The Athletic report United's interest in Upamecano has been ended, leaving Bayern Munich with a free run at his signature.

United and Bayern were named as the most credible destinations for the France international but the report claims the Reds have cooled their interest.

Bayern are expected to move for Upamecano who is reportedly keen on joining the European champions.

The Reds strengthened their options at left-back by signing Alex Telles during the summer but Mendes continues to be linked with a move to Old Trafford by the Portuguese press.

OJogo report United, Juventus, Inter Milan, Milan, Liverpool and Real Madrid are all currently in the race to sign the 18-year-old who is represented by Jorge Mendes.

It claims that United continue to track Mendes despite signing Telles. Mendes is expected to sign a new contract at Lisbon which would make a transfer exit in the near future unlikely.