With Paul Pogba constantly linked to a move away from Old Trafford, Manchester United has put Brighton star Yves Bissouma on its radar, a re... 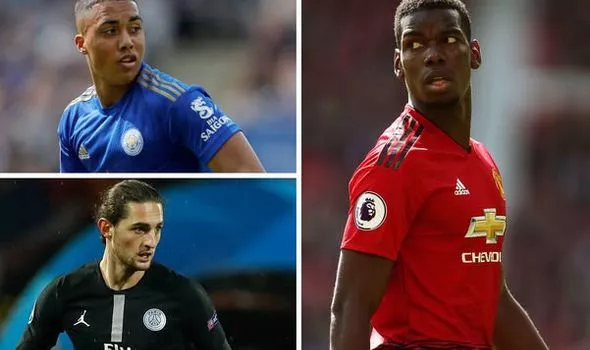 With Paul Pogba constantly linked to a move away from Old Trafford, Manchester United has put Brighton star Yves Bissouma on its radar, a report says.

Ahead of the January and summer transfer windows, Bissouma has become a target, with Manchester United among the array of clubs keen on plotting an early swoop, veteran journalist Jonathan Shrager reported.

According to Shrager, Bissouma’s representative Michaël N’Cho has “confirmed” that there has been growing interest from United as well as other English top-flight clubs such as Arsenal and Liverpool.

Bissouma has already played 14 matches for the Seagulls this season, but apart from drawing interest from the Premier League clubs, the 24-year-old’s representative told Shrager that his client has also caught the attention of Monaco and two unnamed La Liga sides. International Business Times could not independently verify this information.

The Red Devils are reportedly still dealing with the hurdle of possibly losing Pogba in the next transfer windows. Interestingly, former Southampton defender and Give Me Sport pundit Jack Saville thinks that Bissouma’s arrival at United could be a win-win situation for Ole Gunnar Solskjaer’s side.

According to Saville’s analysis, Bissouma has a “swagger” that makes him worthy of joining United and also presents a strong case for being a value-for-money replacement for Pogba.

"[Yves] Bissouma certainly plays with a swagger and authority that suggests he's more than capable of making the step up to Manchester United, and he could be a budget replacement for Pogba given Mino Raiola's recent claim that ‘it's over’ for his client at Old Trafford,” Saville wrote.

"Though the 24-year-old is not as supremely talented as Pogba, his all-action style of play - including  3.3 tackles and 1.5 dribbles per game this season, bears similarity to the divisive France international,” he added.

In July 2018, Bissouma left Lille for Brighton and agreed to a five-year deal for a fee thought to be around £15 million ($20.1 million). With the apparent interest from big-spending clubs, Saville predicted that the Seagulls will not let the Malian go for a cheap price.

“He'd [Bissouma] be an excellent addition if (Man United executive) Ed Woodward can strike an agreement below £30 million ($40.3 million)," the former Premier League defender predicted. "Bissouma is valued at £11.7 million ($15.7 million) by Transfermarkt but one would imagine that Brighton would seek a fee in excess of the £15.2 million ($20.4 million) they paid for him in 2018.”