The derby is here and so are the tensions and trash talking. Photo by Visionhaus Manchester City will play one of the most difficult games o...

The derby is here and so are the tensions and trash talking.

Manchester City will play one of the most difficult games of the season on Saturday. A trip to Old Trafford will always be difficult for the Blues for many reasons. Apart from being a derby match, there is the history behind the fixture as well as the fact that United are one of the biggest teams in Europe.

As is usually the case, club faithful from both sides will have their take prior to an encounter. Former United defender Wes Brown has stated that the club can do well this season. But the former right-back could not pass up the chance to use Manchester City as a yardstick for that success. He stated that the Red Devils are capable of not only finishing above City this term but also winning the Premier League title.

“The way the season has gone so far, I think Man United could finish above Man City. Don’t get me wrong, it’s still going to be tough, and there are probably six – not Arsenal – teams in there that’ll be fighting for the title,” Brown told Ladbrokes.

“I don’t see why United can’t finish above City and win the league, just based on how the season has gone so far.

“United came top four last season when nobody thought they would, so sometimes you have to give them credit where it’s due.

“More consistency in the Premier League is all I’d ask for – at home, especially. Put together a six or seven-game run at Old Trafford and I don’t think anyone can have any questions about whether or not you’re genuine title contenders.”

That will certainly warm the hearts of many United faithful who are still brooding over the devastating loss to RB Leipzig. The team has put up some inconsistent performances this season especially in Europe. That culminated in an early exit from the Champions League after losing 3-2 to the German side.

However, the team has been impressive in the league in recent weeks despite enduring a difficult start to the campaign. Nine consecutive league wins away from home have seen the side rise to sixth place on the table, with 19 points from 10 games. That’s a point ahead of Man City although both teams have a game in hand.

The Red Devils come into the game well motivated and will be looking for a win as a way to compensate their fans for the recent disappointment. Starman Bruno Fernandes has been crowned Premier League Player of the Month for November. But the Portuguese is not satisfied with the accolade.

“It’s difficult to have one of these, so I’m really proud to have my third one,” Fernandes told the Premier League’s official website in regards to his Player of the Month gong.

Beating City will definitely be in the plan for the 26-year-old who played a key role in his team’s previous wins.

It does appear Guardiola and his boys have a job on their hands. The City gaffer should know that after starting the season on a shaky note, a victory against another title rival will be important. That is not just to boost the confidence of the team but to also stay within touching distance of both Liverpool and Tottenham at the top of the table. 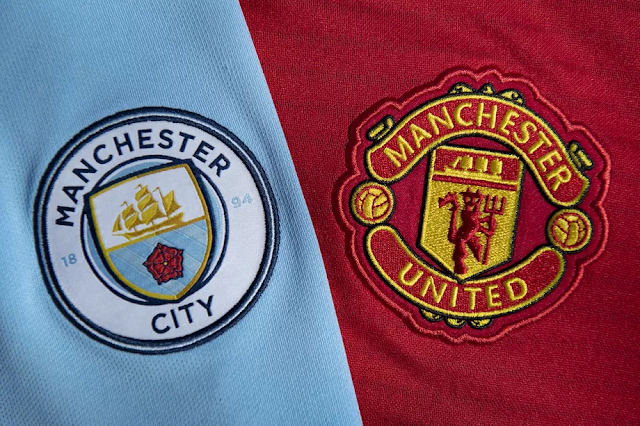