The Man Utd right-back has made the position his own since a transfer from Crystal Palace but United have been linked with alternatives. A...

The Man Utd right-back has made the position his own since a transfer from Crystal Palace but United have been linked with alternatives.

Depending on which rumours you believe — and there's never a shortage of them when it comes to Manchester United and transfers — the club may be in the market for a new right-back in 2021.

Although MEN Sport understands United are prioritising right-wing and central defensive targets in the New Year, the right-back whispers make some degree of sense. The very highly-regarded Max Aarons of Norwich City, who has also been touted for a Barcelona transfer, has been among the names linked with an Old Trafford move.

Yet, unlike on the opposite flank where United signed Alex Telles to fire Luke Shaw into more consistent form, the right-back conundrum may not be as simple as signing as back-up

Aaron Wan-Bissaka is very much the first choice in this position, and has been since Ole Gunnar Solskjaer sanctioned a £50million swoop for the Londoner from Crystal Palace. He may still have improving to do as an attacking force on the overlap, but there are few better from a defensive standpoint. Few players win 50-50 challenges like Wan-Bissaka, few are as reliable at the back.

Which is why United were happy to send Diogo Dalot out on loan to AC Milan in the summer, leaving them with two part-time right-backs to step in for Wan-Bissaka if needs be. Neither Timothy Fosu-Mensah nor Brandon Williams have played a huge amount of senior football as a right-back, but they are seemingly Solskjaer's options beside from the ex-Palace youngster.

And while this shows how much Solskjaer simplicity trusts Wan-Bissaka, it does make it more difficult for the Norwegian to rotate. Dalot was a specialist right-back and an attacking one and his designs on the first-team spot meant he had to seek a loan move to satisfy his demands for regular football.

But United still need an expert in the position and a player capable of growing into a competitor for Wan-Bissaka, rather than simply a back-up. Hence the Aarons rumours and links with other right-backs around Europe.

Yet in Ethan Laird, United should have a ready-made homegrown star who is perfectly placed to step into the breach.

In all truth, Laird would be a regular member of the first-team squad already had it not been for lengthy injury setbacks over the past season or two. The 19-year-old made his senior debut last season, impressing in a couple of Europa League cameos, and is highly regarded by United's coaches at youth level.

It's just a huge shame his Under-23 appearances this season amount to just three, the latest being an encouraging and marauding display at right-back in Sunday's 2-2 derby draw with Man City. That has typified a frustrating time for the Basingstoke-born youngster; good form, but only in fits and starts. 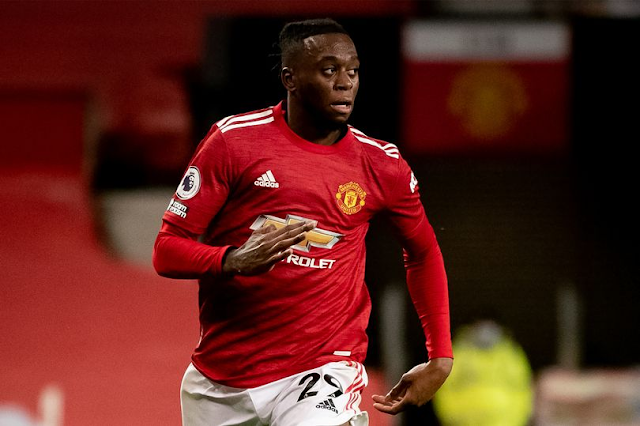