Man Utd have a Manchester derby against City following their Champions League exit at the hands of RB Leipzig with Ole Gunnar Solskjaer un...

Man Utd have a Manchester derby against City following their Champions League exit at the hands of RB Leipzig with Ole Gunnar Solskjaer under pressure.

That is one of the more common and extremely harsh criticisms of Ole Gunnar Solskjaer you may have seen on social media in recent weeks.

Pundits and fans have been keen to take down the Manchester United manager after every defeat, increasing the pressure on his shoulders each time, despite the club's own calm exterior, backing their boss. But '#OleOut' tends to trend on Twitter whenever United lose a game and that was no different after the 3-2 defeat to RB Leipzig. This time, the reaction reached apoplectic levels.

Solskjaer's tactics in Germany, using a 5-3-2 system that was swamped by a determined Leipzig side, were roundly slammed. Many believe the Norwegian's lack of tactical acumen is the main reason why, in their view, he will not succeed at United and should be replaced. This is the stage when Mauricio Pochettino's name is usually thrust into the debate.

The way Solskjaer's team start games poorly, only to find their inspiration after half-time and recover bad situations, are seen as fuel to this fire. As times they look listless, only to provide spells of mesmerising and unplayable attacking football. Only vibes or something more?

It is worth revisiting some useful Sir Alex Ferguson insight with regards to this perception of Solskjaer.

The legendary Scot once told the Harvard Business Review: "I am a gambler — a risk taker — and you can see that in how we played in the late stages of matches.

"If we were down at half-time, the message was simple: Don’t panic. Just concentrate on getting the task done. If we were still down — say, 1–2 — with 15 minutes to go, I was ready to take more risks.

"So in those last 15 minutes, we’d go for it. We’d put in an extra attacking player and worry less about defence. We knew that if we ended up winning 3–2, it would be a fantastic feeling. And if we lost 1–3, we’d been losing anyway."

Sounds familiar, right? Because Solskjaer is doing something similar at the moment, relying on his risk-taking ability to recover seemingly desperate situations, rather than complex tactical formulae.

Of course supporters are right to want a more considered approach that will yield more consistent results, but whatever was good enough for Ferguson is surely enough for Solskjaer too. Even Ferguson's most loyal servants like Gary Neville and Paul Scholes admitted the United legend did not over-complicate matters tactically. He was a master in motivation, discipline and leadership rather than a tactical guru a la Pep Guardiola.

So as Solskjaer, Ferguson's apprentice, approaches another potentially job-defining game as United boss — against Guardiola's Man City — this weekend, surely he should take a leaf from the book of the 1990s and 2000s.

It is amazing how far Ferguson took United with trust in players and a positive attacking approach, as well as those famed leadership skills. All those attributes Solskjaer possesses, too. And while his defensive and counter-attacking tactical setup has bested Guardiola in the past, perhaps it's time to go back to basics? Ferguson rarely ever played a back three, or five, in 26 years. He banked on his players doing the job for him. 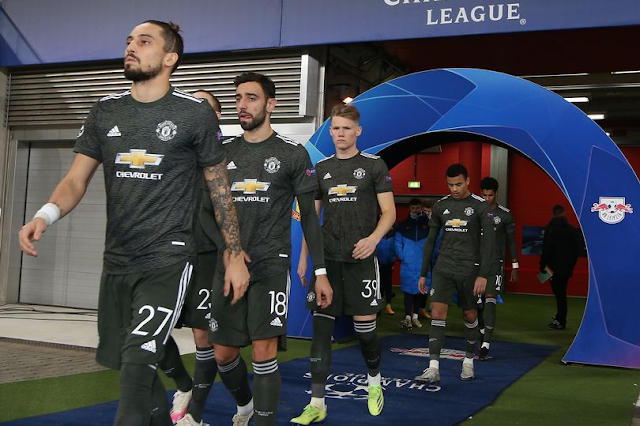