Erling Haaland is close to beating Ole Gunnar Solskjaer's Champions League record a year after he rejected Man United to sign for Boruss... 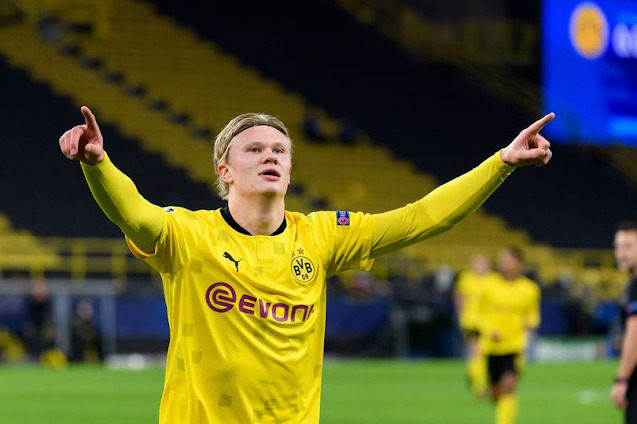 Ole Gunnar Solskjaer is 'proud' to have contributed to Erling Haaland's development into one of the most lethal strikers in the world even though the Norwegian rejected Manchester United last year.

Haaland, 20, plundered 40 goals in 40 games for club and country last season and already has 23 in 19 this term as he homes in on Solskjaer's Champions League goalscoring record.

Solskjaer struck 20 times for United in Europe and Haaland has poached 16 goals in only 20 appearances for Red Bull Salzburg and Borussia Dortmund.

Dortmund bought Haaland for €20million in December of last year but United sources told the MEN the player's representatives, including Mino Raiola, wanted to secure a share from future sales of the Norwegian striker as part of the transfer, which the club was unwilling to accept. Sources close to the Haaland family always expected him to move to Germany, though.

"He'll beat it and very quickly, that's for sure!" Solskjaer said. "The boy has had a great start to his career. It was really good to work with him, see the potential in him and some part of me feels proud in having a little input in a rise."

Solskjaer was unhappy the topic of the winter transfer window arose a month before it opens on the eve of United's penultimate Champions League group stage game with Paris Saint-Germain at Old Trafford.

"Here we go: on the eve of an important game against PSG and we're talking transfers and with the additions we had to the squad in the last window and what we did in January last time," Solskjaer lamented. "I don't think it's right to comment on the transfer window already. We're just focusing on this game and let's see where we're at in January.

"Hopefully we keep on improving and I've got selection issues, so I'm very pleased with what's going on behind closed doors."