Man Utd lost 3-1 to Paris Saint-Germain in the Champions League and here are how the players rated. David de Gea Not convincing for Neymar... 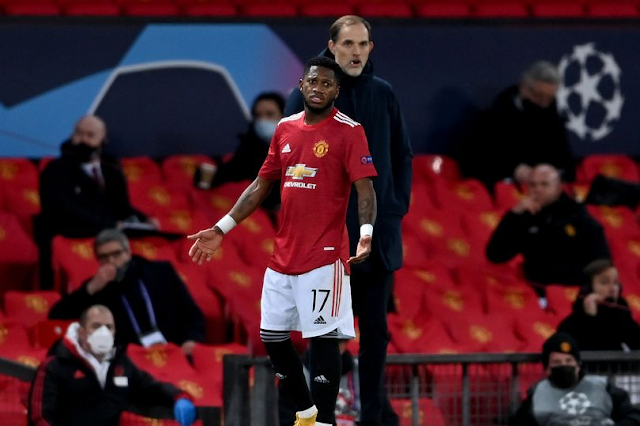 Man Utd lost 3-1 to Paris Saint-Germain in the Champions League and here are how the players rated.

Not convincing for Neymar's opener but saved from Alessandro Florenzi at 1-0. Superbly denied Mitchel Bakker at 1-1. 7

Good awareness to find Marcus Rashford for the equaliser on a rare foray into the final third. 6

PSG constantly had him on the back foot and he hardly had a chance to instigate any attacks. 5

PSG's forwards eluded him and his lack of pace was often exposed. Placed on emphasis on power over pace. 5

Slow to react to Neymar's first goal but was proactive in the final third and vigilant in his own third. 6

Showed why he was recalled to the side and his aggression unsettled PSG. Late first-half tackle on Neymar set the tone for a dominant start to the second. 6

Somehow avoided an expulsion and risked a dismissal again by subtly stamping on Leandro Paredes. When he was sent off it was not a bookable offence. 4

His equaliser was via a deflection but that is now three goals in four games against PSG. Petrified PSG but forced off hurt in the second-half. 7

Too dilatory with his decision-making and squandered great chances at 1-1. Showed why he has been moved from the striker's role. 4

More involved in the second-half and linked up superbly with Rashford for Martial's chance. So unlucky with his chip that hit the bar. 6

Brought variety to the attack. 6

Picked an exciting side but should have taken Fred off at half-time when he was fortunate to stay on. Substitutions came on when United were down to 10 men. 5