Man Utd opted for a back four against Paris Saint-Germain amid injury to Luke Shaw and suspension for Axel Tuanzebe. There are few clubs w... 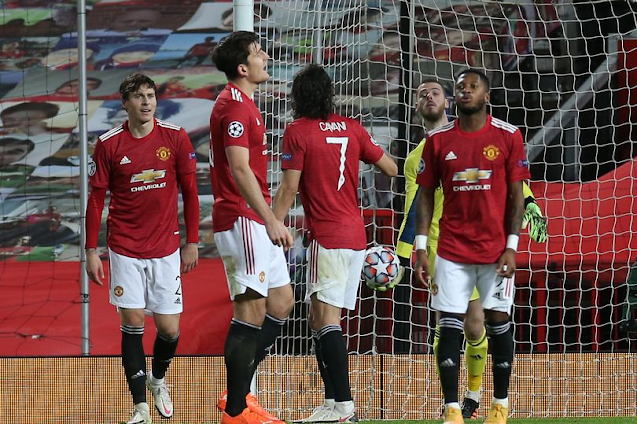 Man Utd opted for a back four against Paris Saint-Germain amid injury to Luke Shaw and suspension for Axel Tuanzebe.

There are few clubs who experience such a rollercoaster of emotions quite like Manchester United under Ole Gunnar Solskjaer.

Wednesday's defeat to Paris Saint-Germain burst the bubble of a weekend triumph over Southampton and left United battling to stay in the European competition when qualification previously looked inevitable.

A potential exit from the Champions League would be down to calamity defending away at Istanbul Basaksehir more than a home defeat to PSG, but what makes it so frustrating is that United responded pretty well this midweek.

While they were fortunate to be level both in personnel and scoreline at the half-time break, Solskjaer's side do deserve genuine credit for the manner in which they took the game to PSG once it had resumed.

After the match fans pointed towards glaring misses from Anthony Martial, Fred's reckless red card and poor game management from Solskjaer as the three main contributing factors to their eventual collapse.

Yet it might be fairer to say the defeat came as consequence of United's forced formation change amid a fresh struggle at the back.

Axel Tuanzebe was the hero for United's opening win at the Parc des Princes, but with him suspended and Luke Shaw injured there was little option to revert to an often-favoured back five.

Eric Bailly returned to the matchday squad but remains a huge risk in defence, despite shining so brightly in a back three away at Chelsea back in February, while Marcos Rojo isn't even registered to play in Europe at the moment.

Some supporters might push for Teden Mengi to be involved a bit more, but putting him up against Kylian Mbappe and Neymar would have been reckless management with so much still on the line for United.

While fans are right to ask questions of Martial, Fred and Solskjaer the defeat has once again pushed the argument for United to sign a new central defender next year.

With two games a week the normality for any elite side it is crucial United not only have an established pairing in their favoured back four, but have others they can trust and rely upon from the bench.

The huge caveat is that Bailly, Rojo and Phil Jones still remain at the club; with all of them verging on redundant at Old Trafford. It means United's need to recruit is underpinned by a more essential need to sell defensive deadwood, with the board reluctant to add more players to a squad which is already bloated.

Individual errors are part and parcel of the game, but by signing a new reliable defender United will at least ease the burden on current personnel and open up the possibility of genuine rotation options.

The fact United created chances against PSG has to be taken as a positive, even if the finishing wasn't to match, but even with an attack firing on all cylinders they will risk undoing such handwork with a defence which continues to be over relied upon.