The Manchester United executive vice-chairman Ed Woodward has reiterated his support for Ole Gunnar Solskjaer and his willingness to conti... 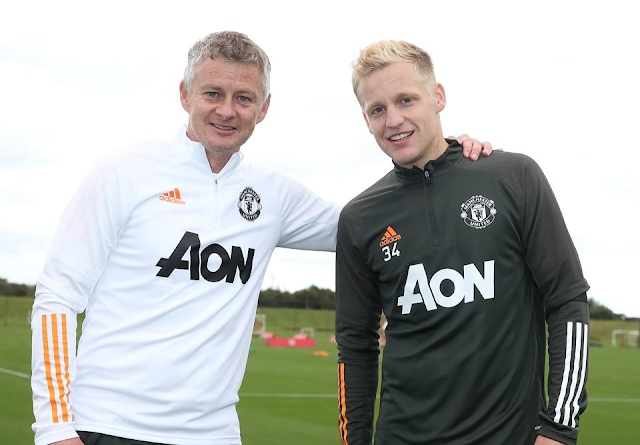 The Manchester United executive vice-chairman Ed Woodward has reiterated his support for Ole Gunnar Solskjaer and his willingness to continue backing him in the transfer market.

“We see positive signs on the pitch and the training ground that reinforce our belief in the progress being made by Ole, his coaching team and the players,” Woodward told the club’s fans’ form at the end of last month.

“We’ve seen lots of highs [this year], with that 14-game unbeaten run to finish third in last season’s Premier League run and great wins against PSG and RB Leipzig on our return to the Champions League this season.”

“Of course, we recognise there’s more hard work ahead to achieve the consistency needed to win trophies.”

“I told this forum back in April that we remained committed to strengthening the squad, while being disciplined in our spending during the pandemic.”

“I believe we’ve delivered on that, with the additions we made during the summer taking our total net spending to over €200m since summer 2019, which is more than any other major European club over that period.”

“We will continue to support Ole with a planned, long-term approach to recruitment, focused on the summer windows.”

The emphasis on the summer window may be a clear hint United are not preparing to do any major transfer business next month when the January window opens.

United signed Bruno Fernandes from Sporting Lisbon at this stage of last season, but the expectation this year is that United will only act if they believe their long-term summer targets can be secured early in January.

In October it was leaked that United were behind “Project Big Picture,” which included plans to reduce the Premier League to 18 teams, scrap the Carabao Cup and give special voting rights on certain issues to the big six clubs.

“A strong Premier League and a financially sustainable and robust pyramid are both crucial to the health of the national game and that’s the principle we will continue to pursue within the strategic review recently launched by the Premier League,” he said.

“Those objectives were at the heart of our involvement in Project Big Picture. It’s important to reflect that this was a work in progress. It was not a behind closed doors power grab; only draft proposals and a discussion document.”

“The next step would have been to roll them out to all stakeholders in search of consensus.”