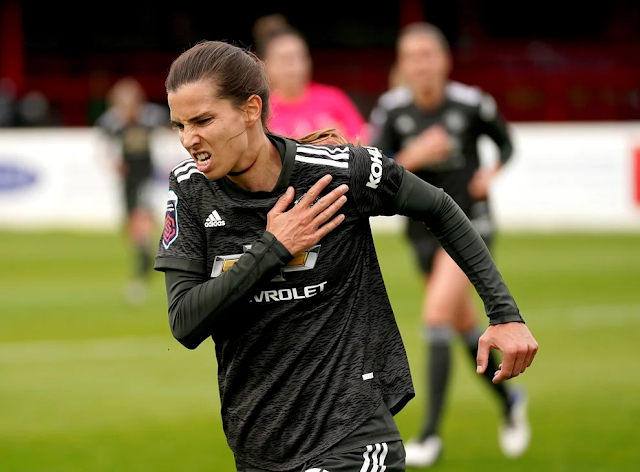 The Manager and Player of the Month gongs come after United reached the top of the WSL for the first time ever after beating Arsenal 1-0 on November 8.

Stoney tweeted: "Thank you for the nomination @BarclaysFAWSL but this award and ALL the credit goes to the players and staff around me.

“I’m surrounded by a motivated, hard working and humble group of people that want to improve and strive for success for every day!!”

While Heath added she believes she can still improve at the club.

She said: "I would say it’s been an okay month for me but I think it’s been a great month for the team. It’s been great integrating with the team, with the culture, with the football.

United maintained their top position in November as they completed an impressive comeback against Manchester City. The Reds were 2-0 down but fought back through World Cup winner Heath’s screamer and a Kirsty Hanson strike to earn a 2-2 draw.

And United are showing no signs of slowing down as they continue their unbeaten league streak.

After defeating Aston Villa 2-0 last weekend they will be looking to maintain their their momentum going against Reading on Sunday.