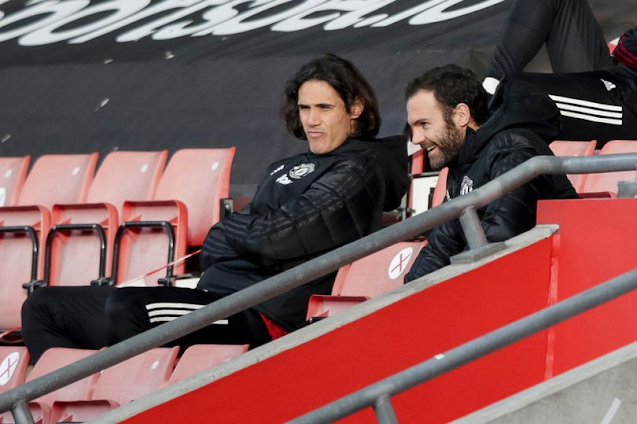 The latest Leeds United news, rumours and views ahead of Manchester United

Manchester United boss Ole Gunnar Solskjaer is sweating on the availability of Edinson Cavani for his side's game against Leeds United this weekend.

Cavani has been out of action since December 5 due to injury but has returned to training.

Yet he has been hit with an FA misconduct charge over an Instagram post in which he called a friend 'negrito'.

Solskjaer has re-emphasised that it was a cultural misunderstanding and he is hopeful that Cavani will not be banned.

"We’ve spoken to Edinson about it," Solskjaer said. "He’s apologised. We know it wasn’t meant in a malicious way. He’s explained there are cultural and linguistic differences. He’s apologised, he hopes his mistake isn’t going to be costly and he’s still working on fitness.

"He’s very meticulous in his rehab work and has not felt right. He couldn’t play this game so let’s see how he feels in the last training session. It’s a muscle injury that he felt in his groin."

Solskjaer also expects to have Eric Bailly and Alex Tuanzebe back for selection after both centre-backs missed the win over Sheffield United on Thursday.

Leeds boss Marcelo Bielsa admits he and Solskjaer have had different approaches to their managerial careers.

Whilst Solskjaer is managing a club he was a legendary player at, Bielsa's playing career was less impressive.

The Whites manager admits it perhaps gives his opposite number a little more leeway at the start of his managerial career.

"It's not exactly the same," he said. "Solskjaer was a reference for Manchester United. I played two games in the top division.

"Normally, when a player has played for a long time in a team they have the affection of the fans and when they become a manager they have more of their support."

Read everything Bielsa said ahead of facing the Red Devils.

Michael Owen believes Leeds will prove a source of frustration to Manchester United this weekend.

In an eagerly-anticipated clash, former Man United striker Owen believes Leeds have enough take a point from the game.

"What a great sight it is to see this match back on the fixture list. Leeds travel to Old Trafford in the Premier League for the first time since February 2004. That day the sides drew 1-1 and I think this will be another tight match," he said.

"Leeds are at their best when teams come at them. They are excellent at smothering sides and can really run the legs off you if given the chance.

"I think Man United will need to be wary of that. If Ole Gunnar Solskjaer has done his homework, he may approach with caution as they won’t want to get caught out on the counter-attack.

"If that materialises, we could be in for a cagey start. However, it only takes one goal to light the touch paper in a derby.

"I can’t help thinking back to Leeds match against Liverpool at the start of the season. If they approach this in a similar way, I think we could be in for an entertaining match with the sides ultimately sharing the points."