MARCUS RASHFORD could miss Manchester United's clash against West Ham after picking up a shoulder injury. The  England striker was for... 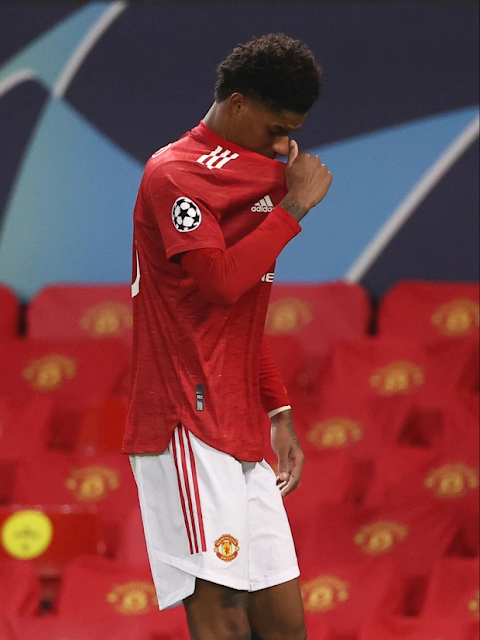 MARCUS RASHFORD could miss Manchester United's clash against West Ham after picking up a shoulder injury.

The England striker was forced off in the second half of the 3-1 defeat against Paris Saint-Germain leaving Ole Gunnar Solskjaer sweating on his fitness.

Rashford, who equalised for the hosts in the first half, signalled to the bench to come off midway through the second period and was replaced by Paul Pogba.

Solskjaer said after the contest: "It's just niggling him that shoulder injury.

"Hopefully he will be ready for West Ham, but we don't know."

His absence could leave United short of options in attack.

Edinson Cavani is facing a three-game ban for a derogatory social media post although the FA have yet to make a decision.

Rashford's shoulder has been an ongoing problem this season.

He was forced to pull out of a doubleheader of England fixtures after initially injuring his shoulder against Everton on November 7.

And in April 2019 he endured a similar injury against Chelsea that left him sidelined.

Jones is out for the long haul with a knee issue while Shaw is recovering from a thigh injury and hopes to return before Christmas.

Defeat by PSG means Man Utd need to avoid defeat at last season’s semi-finalists RB Leipzig on Tuesday to clinch a place in the last 16.

Solskjaer said: “I’m very pleased with performance apart from the fact they were more clinical.

“We need to be clinical in these type of games. Big games most of the time are decided by fine margins and this time they were against us.

“We know the destiny is in our own hands, we know that we play against a good team Leipzig, who were in the semi final last year, but we are developing into a better team as well.”