The 23-year-old successfully forced the Government to provide free-school meals to children over the summer and winter holidays Marcus Ras...

Campaigner and footballer Marcus Rashford has said the way the country came together to support vulnerable children during the October break as his proudest moment in an eventful year.

The 23-year-old successfully forced the Government to provide free-school meals to children over the summer holidays, but months later Boris Johnson whipped Conservative MPs against a Labour motion calling for the measure to be extended over the half-term break.

This led to widespread anger, encouraging members of the public and businesses across the UK to offer what they could to children who might otherwise have gone hungry.

In an interview with The Big Issue magazine, Mr Rashford said: “Seeing the country come together over the October half-term holidays was probably my proudest moment.

“At a time we were appearing to be somewhat divided, everything was put aside to come together to protect our most vulnerable children.

“Small businesses, who had not earnt a penny this year, reopened their kitchens knowing they would be running at an even greater loss, football put rivalry aside, people opened up their arms and welcomed people in. It was really touching.”

The striker’s petition for pupils in disadvantaged families to have their meals paid for during the holidays went on to attract more than one million signatures – a mass backing which piled pressure on Downing Street to commit to more support.

This forced the Government into yet another U-turn, and the Prime Minister called the footballer personally to share the news of his decision to provide free meals to disadvantaged children during the Christmas holidays, promising £170million of funding.

The money will pay for the Covid Winter Grant Scheme to support families over the season while the Holiday Activities and Food programme will be extended to cover the Easter, summer and Christmas breaks in 2021, the Department for Work and Pensions (DWP) announced.

As part of the package, Healthy Start payments, which help expectant mothers and those with young children on low incomes and in receipt of benefits to buy fresh fruit and vegetables, are set to rise from £3.10 to £4.25 a week from April 2021.

Mr Rashford said everyone can play a role in combating child food poverty in the UK even if it is just a kind word or gesture.

He added: “It’s only togetherness and unity that is going to guarantee sustainable long-term change.

“We all have a responsibility to protect our vulnerable as it could be any one of us – if 2020 has taught us anything it should be that.”

The Manchester United star offered a message of encouragement to Big Issue vendors who have faced financial and emotional hardship this year.

“It will get better. It will get easier. However big or small, we all play a role in society, and our voices matter,” he said 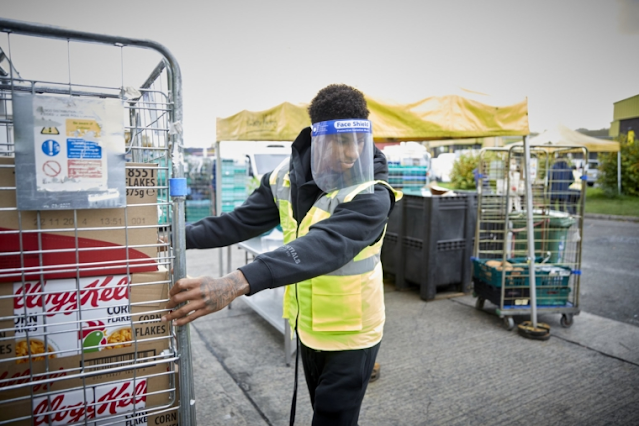