Manchester United welcome Manchester City to Old Trafford and could welcome back a key player into the starting XI. Anthony Martial is set... 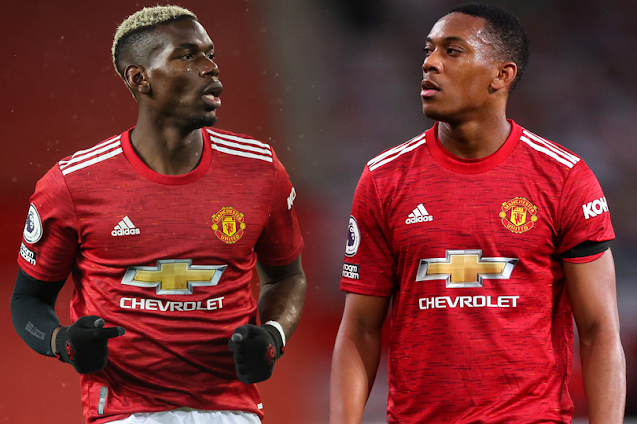 Manchester United welcome Manchester City to Old Trafford and could welcome back a key player into the starting XI.

Anthony Martial is set to return to the starting XI for Saturday's derby clash between Manchester United and Manchester City.

Martial was substituted during the second-half against West Ham and was absent from the match day squad for the mid-week defeat against RB Leipzig in the Champions League.

Ole Gunnar Solskjaer confirmed the Frenchman would be involved in some capacity against Pep Guardiola's side at Old Trafford with Edinson Cavani facing a late fitness test.

He said: "Anthony will definitely be involved. Edinson has been on the grass but I'll make a decision later."

David de Gea was criticised for his performance against RB Leipzig but Solskjaer backed the Spaniard during his pre-match press conference meaning he looks likely to retain his place at the expense of Dean Henderson.

"He's handled criticism before and setbacks before, he's a man that we really rely on and hopefully he's not affected by criticism and I don't think he will be," Solskjaer said on De Gea. "Every goal a goalkeeper concedes you'll be disappointed with."

MEN Sport understands Henderson has spoken to Solskjaer over his situation at the club and reiterated he is ready to become the club's first-choice goalkeeper but an opportunity against City is unlikely.

United are likely to opt for Luke Shaw at left-back with Alex Telles dropping to the bench. Shaw featured as the third centre-back against Leipzig but should revert to his usual role.

In midfield, expect Solskjaer to field his trusted midfield duo of Fred and Scott McTominay ahead of Paul Pogba and Donny van de Beek. Bruno Fernandes will keep his place hoping to extend his recent run of form.

Marcus Rashford and Mason Greenwood should complete the line up.