Manchester United manager Ole Gunnar Solskjaer admits he may be forced to rest Harry Maguire and Victor Lindelof, given the busy schedule ...

Manchester United manager Ole Gunnar Solskjaer admits he may be forced to rest Harry Maguire and Victor Lindelof, given the busy schedule this season.

"Victor and Harry have been very consistent," Solskjaer said. "I thought last season as well they were excellent. Harry played the most minutes in European football last season, and I think he’s enjoying playing.

"Victor is maturing, growing and getting more used to the demands of the Premier League. They have been very consistent but they might come to a point where they might have to rest."

United have won just one of their six league games at Old Trafford this season but Solskjaer is hopeful his side can get their second against Leeds.

"I don’t think it’s a mental issue," he added. "There can’t be no fans here and no fans there, so they should be used to the pitch as well, in the circumstances surrounding it and the environment.

"So, sometimes, it’s just down to fine margins – who gets the first goal and how the opposition set up. Today, against Sheffield United, you’ve got two teams who want to play on the front foot, press and go forward, which creates space for us.

"Space for them, to be fair. I think on Sunday we’ll also play a team who make it a hard game for you and also maybe an open game because the games I’ve seen from Leeds have been very entertaining." 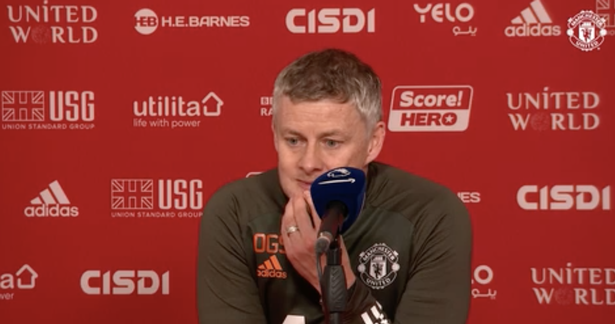