Manchester United boss Ole Gunnar Solskjaer is hoping a work permit will be sorted for new signing Amad Traore to join the club in January M... 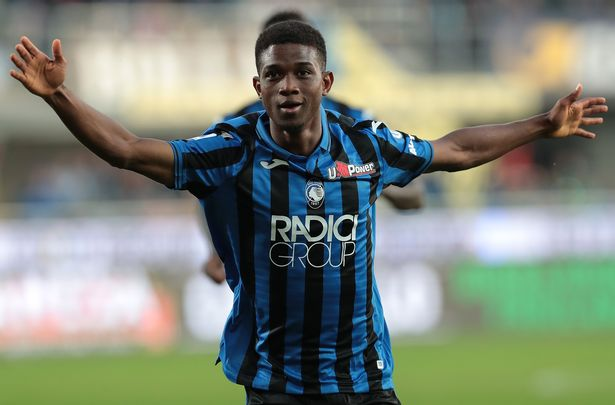 Manchester United fans are still waiting to see Amad Traore in action for the first time.

He wound up being their second-most expensive transfer of the summer, as the deal could eventually cost them a whopping £37.5million.

Instead, they agreed to sign him as of the January window, meaning he will fly to Manchester after Atalanta's Serie A clash against Bologna on December 23rd.

However, he is still yet to receive a work permit, meaning he cannot currently travel to England to complete his move.

United are still working to arrange a work permit, and are said to be confident that he'll be able to have it all sorted out before he is scheduled to fly to Manchester.

Traore has mostly been left on the bench by Atalanta as he waits for his dream move to the Premier League, and has only played twice across all competitions.

The 18-year-old came on in the last ten minutes of Atalanta's 2-0 defeat against Hellas Verona last weekend for his first Serie A appearance of the season.

But speaking at his press conference on Friday, Solskjaer insisted he was happy with how the teenager is still progressing well while in Italy, and gave an update on the work permit sitaution.

He said: "Amad has come on a few times for Atalanta and is a very exciting talent.

"hopefully we'll get the work permit and he'll be with us in January.