United struggled to open up their opponents and showed little ambition after going out of the Champions League earlier in the week.

However they also kept their opponents at bay for most of the match and the Norwegian manager was happy with the point. 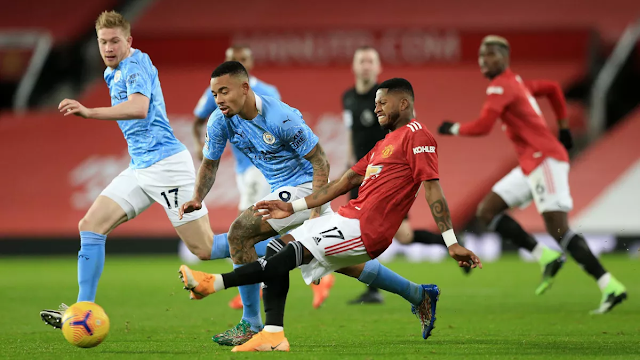 "It was a tight game. I know we beat them a few times last season but those were different games. They had a few big moments.

"It's two good teams. Tactically we knew they were going to give us some problems but defensively we were excellent. I'm delighted with the defensive shape. With the ball we didn't create as much as we wanted to.

"They probably had the bigger moments in open play. Everyone should be happy with a draw.

"It's a mental challenge when that happens to you [going out of the Champions League]. The mental energy you spend trying to recover from Tuesday is huge."

Meanwhile his peer Guardiola was also content with a point.

"United is always a strong team, this is Old Trafford and in a few details they are out of the Champions League. They score when they can run but we controlled them really well."