Teddy Sheringham has warned Ole Gunnar Solskjaer that if Manchester United results fail to improve in the Premier League then he could be ... 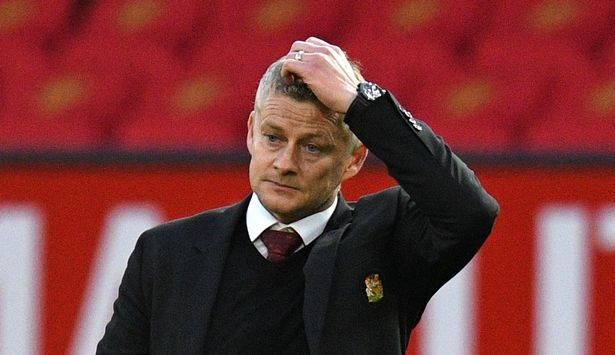 Teddy Sheringham admits Ole Gunnar Solskjaer has put himself under even more pressure after Manchester United were dumped out of the Champions League on Tuesday night.

And the former Red Devils striker has warned that if results fail to improve in the Premier League then the Norwegian could be replaced at the helm.

United were in a strong position to qualify from their Champions League group before defeats by Istanbul basaksehir, Paris Saint-Germain and RB Leipzig saw them fail to progress.

Sheringham fears that if United fail to bounce back in the league this weekend then Solskjaer may have his contract terminated.

"It's a result that does put more pressure on him, there's been rumours circulating about Pochettino supposedly waiting in the wings and he could have certainly done without failing to qualify for the knockout stages," Sheringham told CardsChat.

"The pressure will grow again if they falter in the league in the coming weeks. Ole is a lovely lad and I don't want that to happen and very much hope he keeps the job."

He added: "When you play for Man United, you understand what the situation is.

"You listen to Roy Keane and that's what it's all about – United to win things. Not to come in the Champions League spots, not to get second, not a bold runner up.

"You're there to win things, you are in the biggest club in the country, in Europe, maybe even the world, so you’re expected to win things.

"Ole knows that, he's been around that feeling, that way of life and he knows that anything but success and winning trophies is a failure."