Ole Gunnar Solskjaer has urged his Manchester United players to treat title talk as they would any other "noise" surrounding the c... 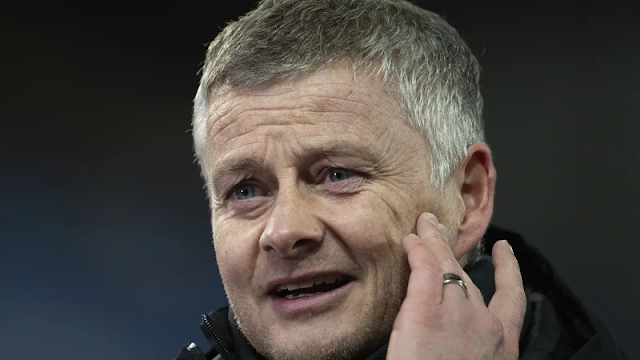 Ole Gunnar Solskjaer has urged his Manchester United players to treat title talk as they would any other "noise" surrounding the club.

United have received plenty of criticism this season, particularly after their Champions League exit earlier this month and over their indifferent home form.

Yet results have generally been positive and they head into Christmas in good spirits, five points behind leaders Liverpool with a game in hand.

Last weekend's 6-2 thrashing of Leeds sparked suggestions they could yet mount an unexpected title push while Wednesday's last-gasp 2-0 defeat of Everton in the Carabao Cup quarter-finals further boosted their silverware prospects.

"Well, whatever," said Solskjaer when asked about the title. "There is noise around Man Utd anyway, so for us it's about improving as a team, taking one game at a time - and we have to, that's the name of the game.

"That is the only way that you are going to challenge for anything at the end of the season anyway so it's not something that we talk about.

"The only thing that we talk about and focus on is improving day by day and learning, and how to deal with certain situations and maybe now at the moment we are getting praise and that's another thing to learn to deal with."

United's strength this season has been their away form, having won all six of their games Premier League games on the road, although they have needed to come from behind each time.

Their next trip is a tricky one as they face second-placed Leicester at the King Power Stadium on St Stephen's Day and Solskjaer recognises the importance of not conceding early.

"It's going to catch up with you if you are going to give teams a lead, and Leicester are one of those teams that you definitely don't want to give a one or two goal lead to because they have so many players on the transition that you can easily concede two or three or four, so we have to start as well as we did (against Everton)," he said.

"We started really well, and against Leeds, and of course the first goal in any game is a very important one."United won 2-0 at the King Power Stadium on the final of day last season in what was effectively a play-off for a Champions League place.

Solskjaer said: "We have had some very good games against Leicester, very tight games. They are a very good side with a very good coach and I have enjoyed watching them under Brendan (Rodgers).

"It was a big test for us to go to their stadium in the summer and we passed that one with flying colours. We played a controlled game but I know it will not be the same now because it's a different time of the season and they have got some threats that you have to look for."

Yet confidence is high and Wednesday's success at Goodison Park, secured with late goals from Edinson Cavani and Anthony Martial, enhanced the feelgood factor.

"Every time you win a game you get energy and it boosts your morale and belief," said Solskjaer, whose side will host rivals Manchester City in the semi-finals on 6 January. "Results breed good spirit and good mood and it breeds confidence."