Manchester United boss Ole Gunnar Solskjaer has outlined the situation regarding his squad ahead of Wednesday's Champions League tie wit... 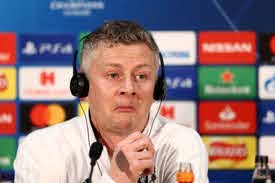 Manchester United boss Ole Gunnar Solskjaer has outlined the situation regarding his squad ahead of Wednesday's Champions League tie with Paris Saint-Germain.

There are several fitness concerns for the Reds heading into a game where a point would guarantee qualification for the knock-out stage of the competition, due to our victory in the French capital that would ensure a better head-to-head record if the sides finish level on points. The other match in Group H is RB Leipzig's trip to Istanbul Basaksehir.

It promises to be a tough night against a PSG side that went all the way to the final earlier this year and are fighting to remain in the competition.

David De Gea has trained and should be available, despite picking up a knock at Southampton that caused him to miss the second half, with Dean Henderson coming on for his Premier League debut for the club.

There is more good news regarding Anthony Martial after Ole confirmed the striker is over the illness that kept him out of the St Mary's game. Alex Telles should also be fine, after being withdrawn, and Paul Pogba as well, but Luke Shaw is still a doubt even though he has returned to training.

“You know it's going to be a challenge every time you have the Champions League nights to keep players away,” he told us. “Because they all want to be fit [to play] and everyone has been on the training pitch today. We're looking good. I think all of them are champing at the bit. David trained well today, as did the rest of the group. It was a good session.

“Anthony got through the session and felt okay, so he's also available for selection. “Luke is probably the biggest doubt but the rest of them are holding their hands up saying: 'I'm ready'. Luke isn't too far away so let's see what we do with him for tomorrow. Then, of course, Phil [Jones] has been away for a long time but now we're getting more and more players ready to participate in every game.”

Mauro Icardi is out for the visitors, who have named a 23-man squad for the game. Marquinhos and Marco Verratti are fit again after missing the 2-1 defeat at the Parc des Princes.

Keylor Navas is fit and able to keep goal but there is no Julian Draxler, Juan Bernat or Pablo Sarabia.