Paul Pogba says he is “1000% involved” at Manchester United, playing down suggestions his future lies away from Old Trafford.

The French midfielder’s agent Mino Raiola has repeatedly stoked rumours that the 27-year-old was set to leave United, and spoke in an interview on the eve of the crunch Champions League clash at RB Leipzig about his client.

Raiola claimed Pogba would not sign a new deal beyond 2022 - which saw United boss Ole Gunnar Solskjær respond after the costly 3-2 loss in Germany that he hoped the agent realised football is about teams rather than individuals.

Pogba came off the bench at Leipzig on Tuesday night, and returned to the starting XI for Saturday’s goalless Premier League derby with rivals Manchester City at Old Trafford.

After the game, Pogba posted a message on Instagram suggesting he had no intentions of going anywhere soon.

“I’ve always fought and will always fight for Manchester United, my teammates and the fans,” Pogba said. “Bla bla is not important. The future is far, today is what matters and I am 1000% involved! Always strong together … all has been clear between the club and myself and that will never change.

“When you don’t know what’s going on inside, don’t talk. 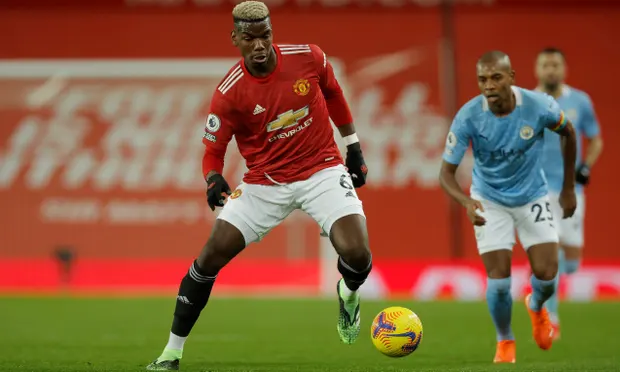